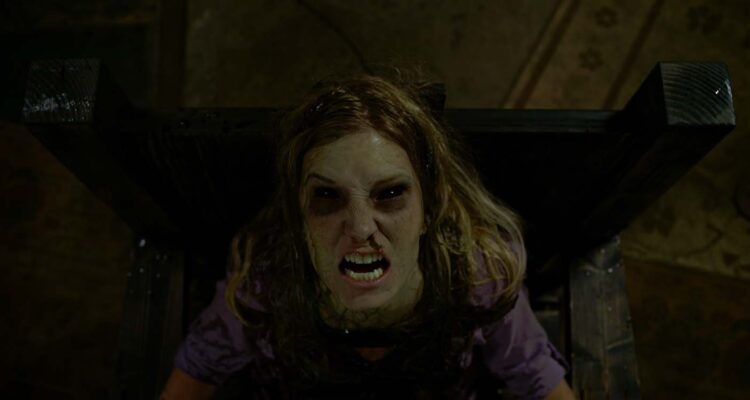 The World Wide Web of Horror in ‘The Cleansing Hour’

Never is this truer than in The Cleansing Hour, a recently released horror short film that’s touring the film festival circuit. In the film, actor Lance (Sam Jaeger) and director Drew (Neil Grayston) have set up a world-famous Internet series in which they conduct “exorcisms” (secretly staged) to a live audience. However, things quickly get out of hand when it looks like their current actress (Heather Morris) might not be in on the hoax.

As well as delivering excellent scares and twists, The Cleansing Hour presents a ringing commentary on the inescapable pervasiveness of today’s technology.

“What’s being illustrated is how technology is removing them from true, personal interaction,” says Director Damien LeVeck. “We’ve never been as connected as we are now, and we’ve also never been as lonely. Technology isolates us. It puts us in our own little world, whether unknowingly or intentionally and selfishly.

“The film has a meta-quality to it: You, the audience, are a viewer watching a viewer. It provides a commentary on the danger of technology on society as a whole, and, not so subtly, the film shows how technology changes us into a different person.”

It took time and intricate planning to stage a staged Web show.

“I created a shot list of all the setups I wanted to do,” LeVeck says. “We had an overhead floorplan of the set, a diagram of every setup we wanted to shoot that corresponded with lines in the script. Once we did that, though, we jammed: There were very few shots we weren’t able to get, because there was very little we hadn’t planned out.”

While creating the set, LeVeck added live cameras in key locations to authentically replicate the webcast feel. This detailed touch not only gave select portions of the film the right look, but also added to the actors’ performances. 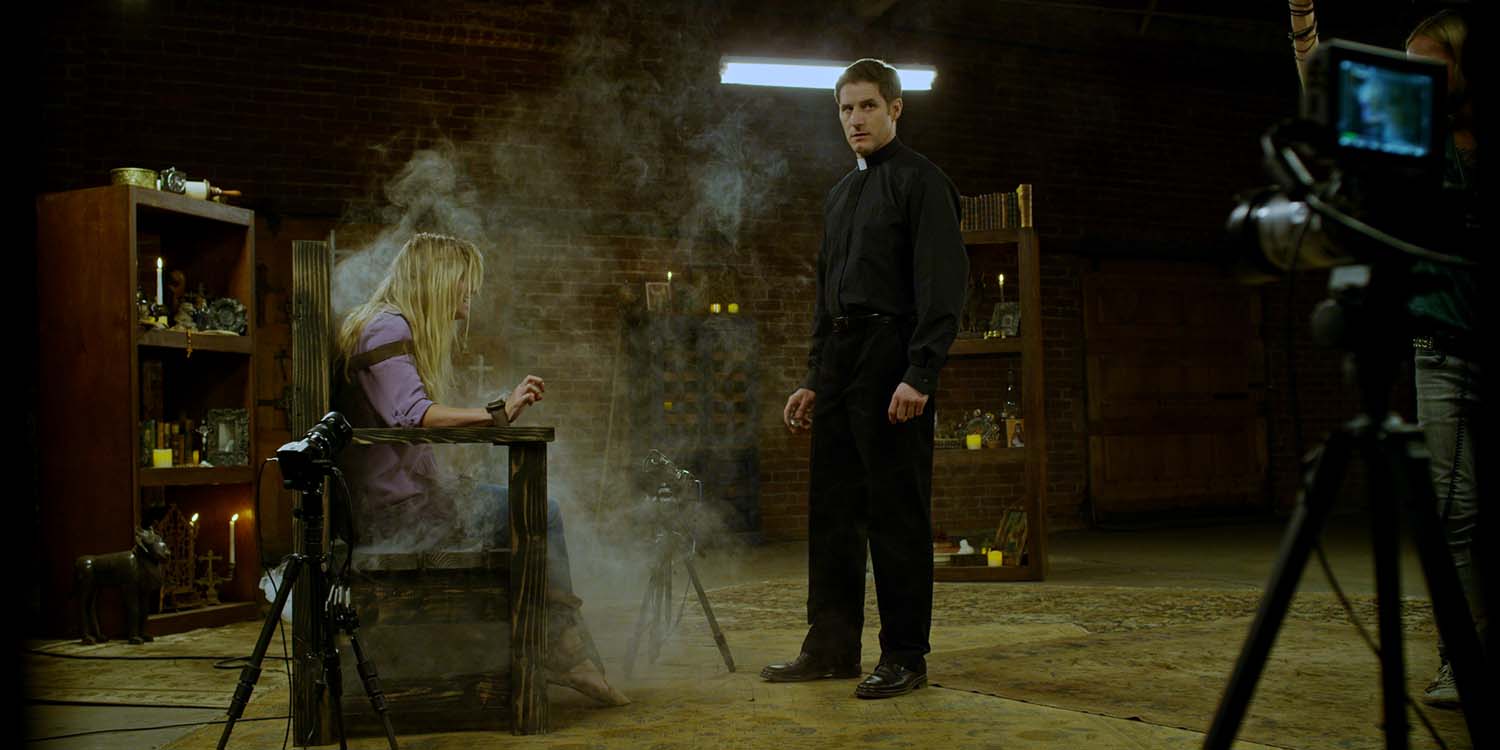 “It was important to us to build the set like a working studio,” says LeVeck. “[Grayston] could sit at his console on the set and actively switch camera angles for the ‘feed,’ which really helped him to get into character.”

LeVeck believes strongly in The Cleansing Hour, not just for its societal commentary, but also in its storytelling potential. “I think there’s room to tell a much bigger story, not just on [Lance] and Drew, but on how the world will change because of these people.”