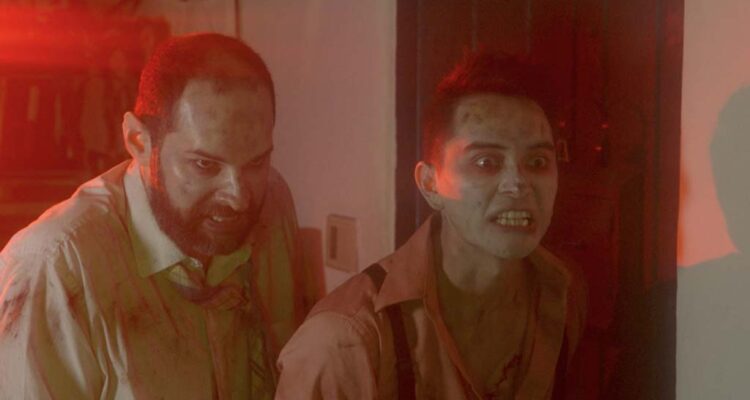 From Inspiration to Culmination with ‘The Voodoo You Do’

Artists know that the muse can strike at any time, sometimes expectedly, often unexpectedly.

Sometimes, the bug of inspiration bites everyone in the room at once – such is the case with The Voodoo You Do, an upcoming short film from Force of Nature Productions, directed by Sebastian Muñoz, written by Andy Shultz and starring Anastasia Elfman, Jahel Corban Caldera and John Lewandowski.

The film follows Erica (Elfman), who uses black magic to bring her deceased boyfriend back to life, and soon gets more than she bargained for. Muñoz describes the film as a dark horror comedy, filled with “very witty back-and-forth dialogue.”

The story for The Voodoo You Do was actually born out of chance during one of Force of Nature’s Rush events, where they put together a series of short films in a week based on randomly chosen criteria picked by informal drawing.

“Rush has a different theme every time,” says Shultz. “This one was inspired by ‘80s music. I drew Oingo Boingo’s Dead Man’s Party.”

From there, the film took on a life of its own. “No one expected when we drew the lottery that this project would become as big as it has,” says Shultz. “While we were putting the play together, we all fell in love with the project. When Rush ended, we didn’t want to let it go.”

The rest of the cast felt the same, and after a series of minor scheduling conflicts were resolved, the team was able to complete filming within a day.

“It was a passion crew,” describes Elfman. “Everybody came together and did their best, pushed through, and got it done.

“It was a gem to perform,” she says. “There was such rich writing for a strong female lead who’s slightly insane. It was a pleasure to play that, both as a mother and for my daughter. I’m happy for it to come out, and I hope for other opportunities, other strong roles for women, to come from it.”

The Voodoo You Do is currently in post-production, with an expected release at the end of June.