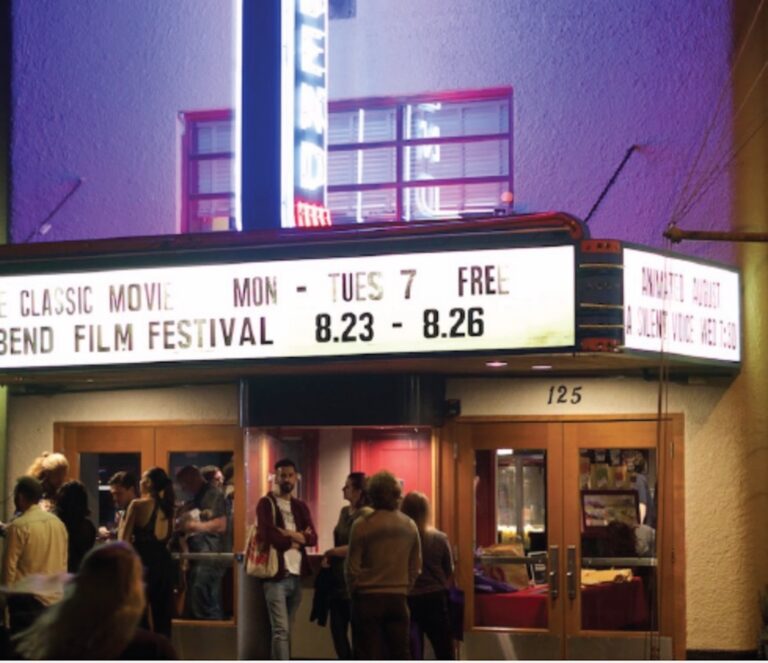 The North Bend Film Festival returns to North Bend, Washington in July with a slate of horror, thrillers, and dark satire. / Photo courtesy of NBFF

The mystifying atmosphere of North Bend that stirred the imagination of David Lynch continues to offer its surroundings as a platform to showcase modern filmmakers.

The North Bend Film Festival is back this summer with a new hybrid experience. From July 15-18, film lovers are invited to physically or virtually immerse themselves in films, silhouetted against the town that inspired Twin Peaks.

The festival’s in-person screenings will be offered at the historic North Bend Theatre. While some of the in-person films will be offered virtually, many titles are specifically dedicated to virtual viewing, ensuring that the virtual experience has its fair share of exclusivity. Both in-person and virtual festival attendees will be able to join in the immersive events, filmmaker panels, and podcasts.

To celebrate the 20th anniversary of Donnie Darko, NBFF is featuring an in-person screening of the cult classic. After reentering the mind of young Jake Gyllenhaal as Donnie Darko, catch Director Richard Kelly as he looks back on the film that launched his career. To add to the curiosities, April Wolfe, screenwriter of Blumhouse’s Black Christmas, will be moderating the discussion.

For a dream-like film experience with an artsy aesthetic reminiscent of a Neil Gaiman universe, stick around for the closing night film, The Blazing World, directed by Carlson Young. The film follows Margaret as she enters an alternate reality in hopes of reuniting with her dead twin sister.

For a bloodier experience that mixes road rage with hazmat-suit-wearing killers, check out the hybrid screening of Tailgate directed by Lodewijk Crijns.

With several short films ranging from themes of horror to melting realities, NBFF is offering five categories of shorts this year: The Home Transmissions: PNW Shorts, Something Strange, Cinema Vista, Beyond the Void, and Ethereal Fantasies. Short films such as Zombie Walk by Rollyn Stafford and The Body of Levi by Freddy Cheung will only be offered in-person. However, there are several surreal shorts to be enjoyed at home such as Lips: imagine waking up in a bizarre cosmetic clinic with somebody else’s lips in this short directed by Nicole Tegelaar.

Whether exploring North Bend or relaxing at home, the NBFF immersive events are just a walk or click away. Join in the traditional Strange Storytelling Hour with this year’s theme: “Strangetown.” Hosted by Seattle-based storyteller and comedian, Emmett Montgomery, storytellers come together as they tell tales of their past that haunt their present.

To dive deeper into the stranger side of North Bend history, join local artists Bob and Laura Antone on the Strange North Bend Walking Tour as they travel through local cemeteries, haunted locations, and crime scenes.

For a break from the screen, tune into one of the many NBFF special edition podcasts.

Certified Forgotten—known for exhuming horror films with five or less reviews on Rotten Tomatoes—will bring together Matt Donato, Matthew Monagle, April Wolfe, and Katie Walsh to discuss The Siren (also known as The Rusalka). Collider’s horror podcast, The Witching Hour will be dishing out all things horror. True-crime podcast, Washed Away, is premiering an extra special episode where host Ashley Smith will be exploring the unsolved murder of Hazel Drew, the case that ignited David Lynch’s Twin Peaks.