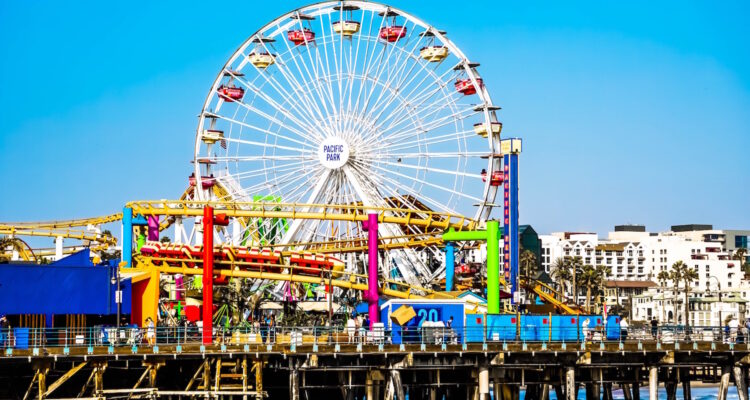 The Upside Down will meet the Santa Monica Pier June 29-30 when Pacific Park is themed in the Netflix show "Stranger Things."

Enter the Upside down where the Demogorgon resides — and ride a few rides — this weekend at the Santa Monica Pier for a Stranger Things experience.

On June 29-30 visitors will find the pier’s parking deck filled with Stranger Things experiences like a slime-filled dunking booth, The Hawkins Bike shop, a Demogorgon-filled curiosity house and the ice cream truck from Scoops Ahoy which is slated to feature in this upcoming third season.

The park’s state-of-the-art lighting system will illuminate the entire park with a red glow to keep the Stranger Things vibes going. The Pacific Park wheel will be transformed to the Hawkins Wheel and the Playland Arcade will be transformed into the Hawkins’ Play Arcade. This event will also feature live entertainment from the Hawkins High School Cheerleaders, 1980’s cover bands and food eating contests.

“It’s not often we theme out so much of the Pier and Park,” says Kristin Wasiluk, Senior Events Manager at Pacific Park, that teamed with Netflix and Lead Dog Marketing for the event. “This will be a real treat to all Pier guests and fans of the show.”

Coney Island in Brooklyn, New York is set for a similar Stranger Things makeover that will be highlighted by the Hawkins 4th of July Spectacular Fireworks Show. Coney Island’s Ferris wheel, Thunderbolt, Tilt-a-Whirl, Bumper cars and Carousel will all get a taste of 1985 Hawkins, Indiana.