‘Jaws’: How To Make A Mechanical Shark And Change Movie History 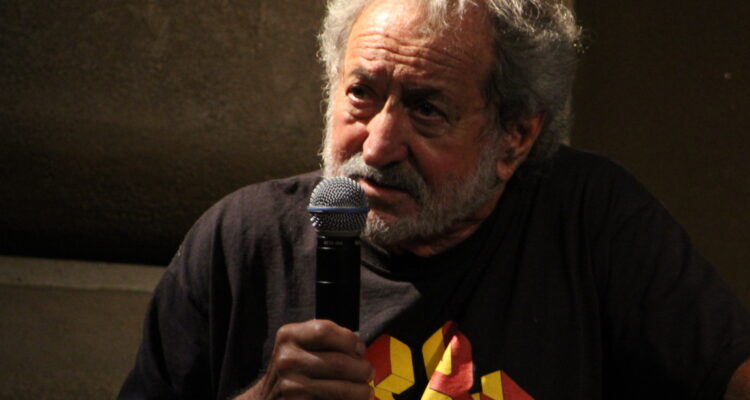 Production designer Joe Alves talks to an audience at the Fox Theater in Fullerton, Calif. Photo by Jessica Peralta.

Joe Alves was told he would have more than a year to create a mechanical shark for an upcoming film called Jaws. Instead, he got five months.

The production designer — who work includes Close Encounters of the Third Kind, Night Gallery, Alfred Hitchcock’s Torn Curtain, Starman and Forbidden Planet — was hired on the movie even before producers brought in a young director named Steven Spielberg. There were lots of headaches on the set and lots of stories about lots of headaches on the set, but things seemed to turn out OK.

Jaws became a classic, Spielberg became a star director and the film changed the way studios viewed summer movies. The blockbuster had begun.

Alves talked about it all before a recent special screening of the film at the historic Fox Theater in Fullerton, Calif.