130 Years On, Jack The Ripper’s Shadow Is Still Long 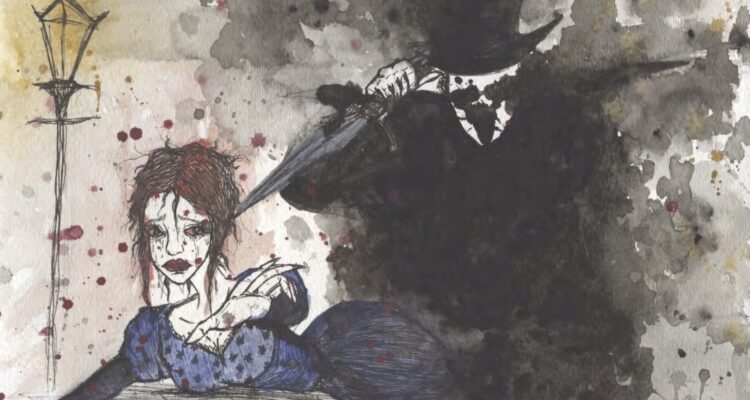 The Jack The Ripper murders remain unsolved after 130 years and public fascination about the murders and the killer's identity have never ceased. Illustration by Franziska Cichy-Ramirez.

In the wee small hours of Aug. 31, 1888, the body of Mary Ann Nichols was found. Her mutilated remains laid in a puddle of blood in Buck’s Row, a particularly unsavory corner of the poor, downtrodden Whitechapel district of London. Even in a crime-riddled city, this was shocking.

The reign of terror of Jack The Ripper had begun.

Over the next two-and-a-half years, the public, the press and Scotland Yard struggled to comprehend the magnitude of a string of at least five extremely bloody and violent murders of women executed with clinical precision by a figure that, to this day, has remained unknown.

But it didn’t really stop there. An obsession about the murders and the murderer was stirred like no other and has, over the last 130 years, spawned a steady stream of books, movies, plays and various other works.

A must do if headed to London is the Ripper Walk.

Halloween Every Night chatted with a man considered perhaps the world’s greatest authority on the Jack the Ripper case, Donald Rumbelow. The actor, tour guide and author leads Ripper walks year round as part of the highly respected tour company London Walks

Halloween Every Night: Jack the Ripper seems such a dark shard of history to build tourism around, but what is it that continues to draw so many people to the story? And what can people expect on their walk?

Donald Rumbelow: What draws people to the subject is the mystery of his identity. It is not the violence. In a walk of 2 hours the violence and injuries are dealt with in less than a minute. The fascination is with his identity and the East End out of which he came.

JTR is a part of the teenage school syllabus. Teachers have found they can hook on to it a number of other issues such as slum land, working conditions for men and women, the growth of the trade union, women’s rights, the London docks, Victorian policing, East End life generally. What people can expect from me, I can’t speak for other guides, is the slowly unraveling story of the murders and some of the background as mentioned above.

HEN:You’re considered the world’s best at this, so how do you juggle the facts of the case versus the speculation while leading the walks?

DR: The speculation as to identity I leave to the end. During the walk there are inevitably Q and A moments where I can clarify or expand upon particular points.

HEN:How educated are visitors about the murders?

DR: Most tourists know the name and have some idea of the story. Generally their ideas and theories are based upon the movie versions of the story, the most recent being Johnny Depp’s  From Hell.

HEN:You must have fielded a million questions over the years, have you ever been sort of dumbfounded by theories or questions people ask? If so, what was theory or question?

DR: The theory that prompted one telephone exchange was that with an elderly lady who telephoned to say that JTR was Lord Randolph Churchill, Winston’s Churchill’s father. When I asked her what were her reasons, she replied that he lived in London and died of syphilis. When I said – not unreasonably – that the same thing could have been said of many other men, she slammed down the ‘phone in disgust at my obtuseness!

HEN:What’s the thing that continues to drive your interest in leading the walks?

DR: I enjoy the walks, not just JTR but the other walks. Perhaps it is the actor in me. Perhaps it is just the desire to share my pleasure and joy in what I consider to be the greatest city in the world.