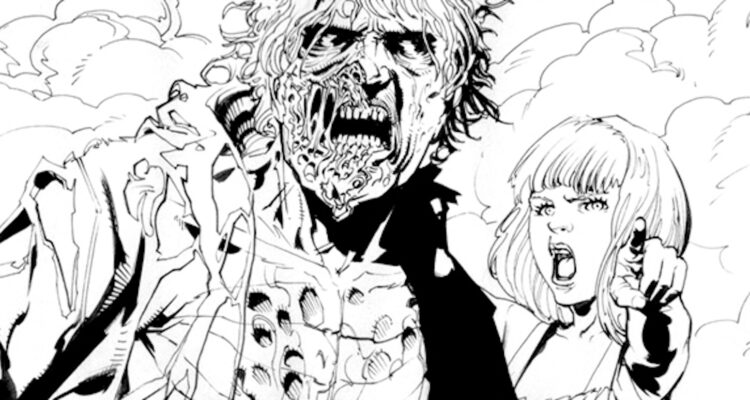 The comic book series "Zombie Zero" tells the story of the last remaining zombie of a viral outbreak. The complete tale is now available in a trade paperback. Photo courtesy of Christopher Reda.

Zombie Zero is off and running before you can settle in with your expectations of what a zombie comic book should be. That’s a gift to readers who want a new perspective on the genre, and a worthwhile challenge to others stuck on The Walking Dead.

Keeping a tight focus and driving pace, the story revolves around a scientist studying the virus that caused the outbreak years earlier and the last remaining zombie, who just so happens to have a consciousness. He also has a living little friend.

Writer Christopher Reda, 34, a former film and cinematography student, created Zombie Zero, his first comic book, in 2012. The seven-issue saga has now been wrapped up in a trade paperback, available on Reda’s site as well as Comixology.com. And since it started, he’s kept very busy with newer titles Space Dragon, The Cowboy With Many Hats, Warrior Spirit and Planetary Expansion.

In this update from our 2018 story, Halloween Every Night talked to Reda about the comic and also what it feels like to complete the story.

Halloween Every Night: In just a page, you basically tell readers everything they need to know about the story. That’s efficient use of a few panels. Were you eager to get on with things?

Christopher Reda: Two things you’re always taught with storylines — to start late and finish early, and I didn’t want to get too bogged down in the zombie apocalypse. I wanted it to just get going. It’s about humans rebuilding instead.

HEN: How did you end up writing about zombies, over other sub-genres like vampires or werewolves or ghosts or demons, or whatever?

CR: In college, my friends and I saw a bunch of zombie flicks and we wondered what would happen if we had one on campus. We read The Walking Dead and thought, ‘Well, we can’t do this.’ But a few of us were sitting around talking and thought, ‘What about the last zombie?’ 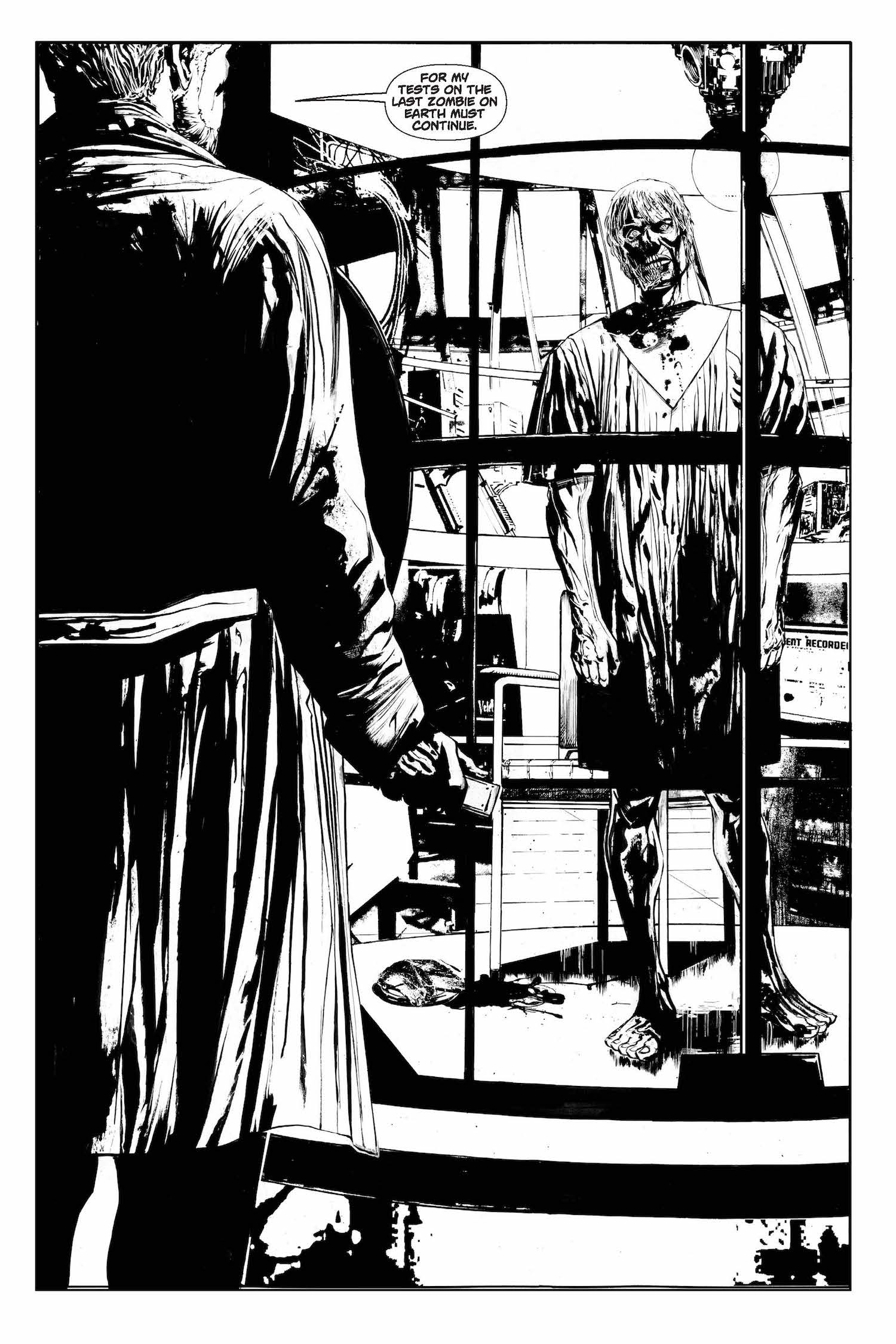 HEN: Do you intend to explore more zombie-related stories?

CR: No. With the series pretty much wrapped up i can move on from that genre.

HEN: You focus the story fairly tightly on one zombie and his internal life. That’s a pretty risky choice, but an interesting one. Why break the zombie rules that way?

CR: My biggest challenge was that he can’t communicate, so I had to go with the voiceover that evolves and grows with the story. I like how it turned out. It was a creative advantage for me.

I wanted the audience to connect with the zombie a bit more and wanted the different take that the zombie last longer, so you can understand. People misunderstand people with diseases and just judge them.

What does a zombie do 15 years after he’s been infected? It’s kind of neat because he’s been trapped by this scientist, then he’s gotta understand what he is. It gave me a lot of flexibility.

Whatever story you write, you better like it, because you’re going to have to write and rewrite and re-read over and over.

HEN: I’ve liked black and white art in comics since Marvel’s Planet of the Apes books in the 1970s. While you don’t want to look like you’re copying The Walking Dead, it really seems to work for the subject matter very well, what was your thought process with Leandro Rizzo on this? Was it a negotiation or did it come easily?

CR: It was my idea. There’s a a lot of blood and gore, but I didn’t want red all over my panels. Creatively, it gives me a nice indie tone. And it minimizes the gore. This is my debut and it’s cool to have black and white. Somehow it makes it feel more credible or even … classy.  I have a little of the old-time monster feel with this.

HEN: Can you explain the relationship between Alexander and Joan? Why doesn’t she run away screaming and why doesn’t he immediately eat her?

CR: He doesn’t because he gets confused and thinks she’s his daughter back when he was living. He doesn’t have the timeline all figured out. She kind of relates to him and doesn’t judge him quickly. She needs someone to take care of her and accepts him.

HEN: As a DIY publisher, what has the path been like to get to this point where you have five titles and working on a sixth? How does this compare to the others?

CR: This is the one I learned the ropes on. I had a different artist on the book at first. I got some experience on that. I found Leandro and he’s been great. It taught me what to expect and the printing process and how to put them all together and meeting deadlines for comic conventions.

I’m still learning a lot and I’ve been at this for five-to-six years. But my latter ones have had faster turnarounds. It’s a lot of learning. Zombie Zero is my easiest one. He’s the last zombie. It was my teaching project and I’m pretty happy with it.

It’s like your first-born child. My new projects are more ambitious. For now, it’s my most satisfying, but I’m sure I’ll come up with something that surpasses it.

HEN: Your zombie tale is now complete. Do you feel like you said everything you wanted to say with the story?

CR: I feel satisfied now that Zombie Zero is complete. Everything I wanted to say is contained within the story and I hope readers will learn not to rush to quick judgments on people with varying diseases.

HEN: As an indie comic maker, how do you feel about the beginning-to-trade-paperback process of Zombie Zero and what would you tell other writers and artists?

CR: The trade paperback process is exciting as you finally get to see your work complete. It also gives the readers more confidence in the writers and artists since the reader can pickup a complete work instead of wondering if a story will die and the creators quit. I would tell other indie comic makers to not stop and when they get to the trade paperback process that they are almost at the finish line. 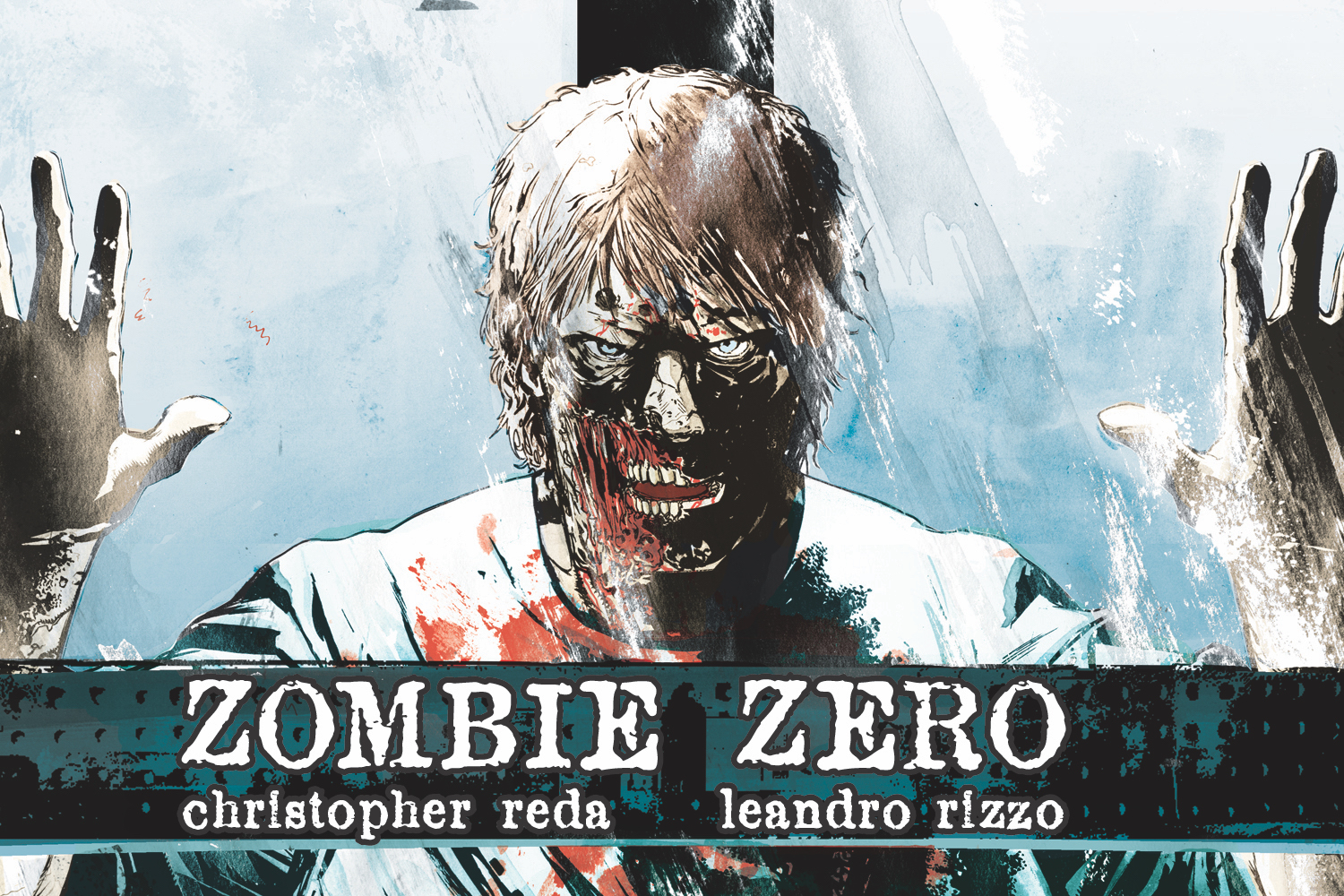 Zombie Zero is available online at christopherreda.com or comixology.com and at select comic shops.