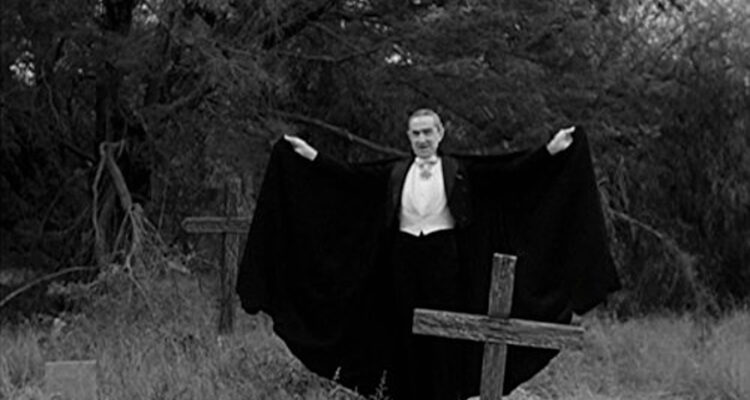 Bela Lugosi in full Dracula regalia in footage director Edward Wood shot that was later used for the infamous "Plan 9 From Outer Space." The film turns 60 in July.

Considered by both pundits and audiences to be the worst film of all time, Edward Wood’s enigmatic masterpiece Plan 9 From Outer Space carries on as the preeminent so-bad-it’s-good film. Universally panned upon release in July 1959,  Plan 9 has since found new life with a loyal fanbase as the cult classic celebrates its 60th anniversary.

The sci-fi thriller about alien invaders and walking dead was intended to shock audiences, as evidenced by the film’s opening monologue, delivered by TV psychic Criswell: “Can your heart stand the shocking facts about grave robbers from outer space.” However, the film’s overly-dramatic narration, low-budget sets, and an inconsistent storyline failed to provide shock, and instead elicited laughter.

It is through this unintended reaction, however, that Plan 9 immortalized itself in filmmaking lore.

Conceived using the last remaining footage of horror legend Bela Lugosi, Plan 9’s director Wood intended to create a film that would serve both as his breakthrough as a director and as a dedication to his late friend. Enlisting the services of pro wrestler Torr Johnson, TV horror host Maila Nurmi, and various other amateur actors, Wood pieced together a world mirroring his creative vision on a mere $60,000.

With this world came numerous technical inconsistencies. Such as the Bela Lugosi stunt double, who decided to mask his face with his cape so that audiences were left none the wiser, or the boom mic shadow appearing in a shot of the two pilots in the film’s beginning.

Despite the films apparent flaws, Wood’s uncompromising efforts garnered him praise from a new generation of fans and opened the door for other filmmakers to redefine what is appropriate for the silver screen, including director Tim Burton, who directed and produced the 1994 biopic Ed Wood.

Plan 9 From Outer Space may be a lot of things, but unforgettable is not one of them. While it is far from the perfect film, Plan 9 revels in it’s charming imperfections. 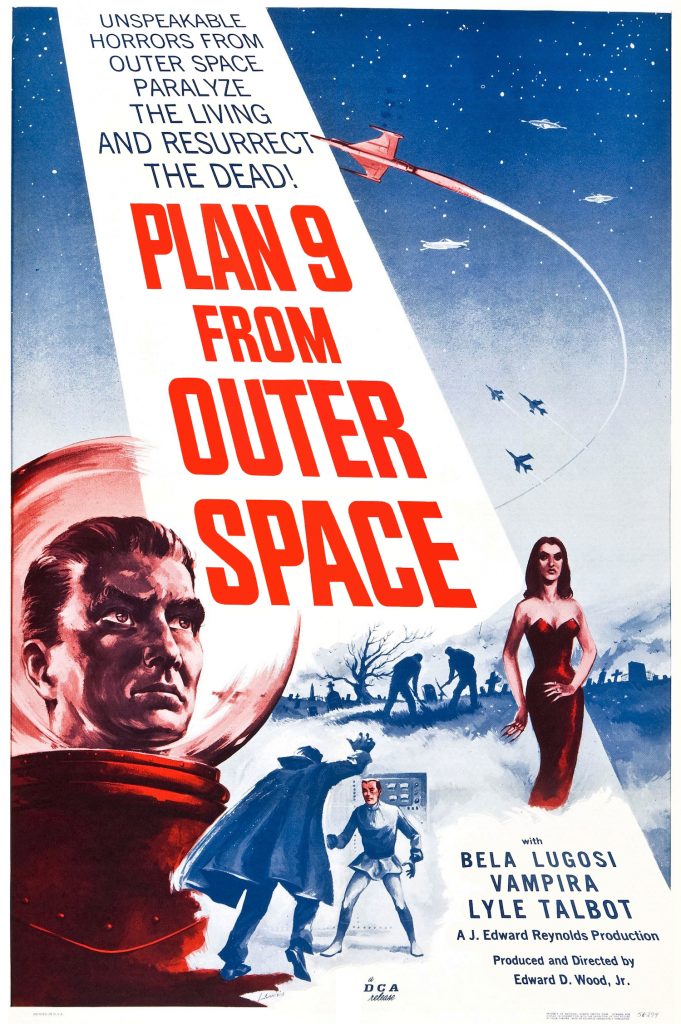