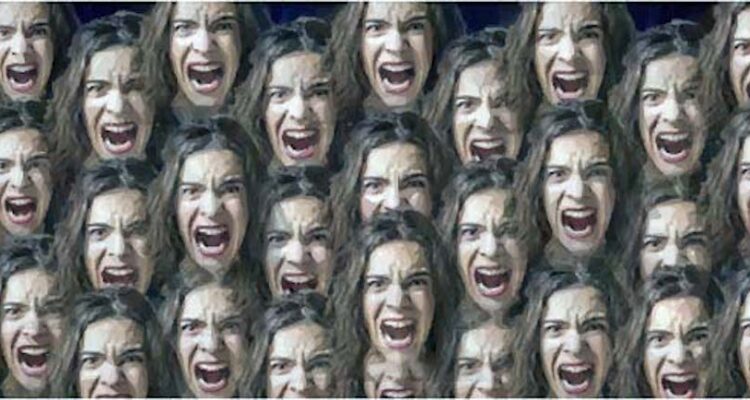 The Fly is an often overlooked classic which, after a rocky start, proved its worth as a solid work of true cinematic horror leading to two sequels, a remake and a spot on two of the American Film Institute’s top 100s lists.

For its 60th anniversary, we sat down with Sidney Williams, a horror/mystery/suspense instructor at Full Sail University in Florida, and author of several horror and mystery novels (his most recent being Disciples of the Serpent), to discuss why The Fly should still be appreciated decades after its debut.

Until science stops advancing, stories that explore how and why our hubris as a species can lead to horrific scientific accidents and nightmarish consequences will always match the times. Our society has yet to create the teleporting technology that plays its role as the catalyst that creates the fly creature in the film – which is a shame because we’re more than a little curious to see how many human-insect hybrids would be bred. Regardless, fear of the unknown as it applies to scientific advancement can give us both horrifying and hilarious story material.

Williams referred to the 1958 version of The Fly as “more of a drama which features a monster.” This kind of storytelling seems to have been lost throughout the decades when it comes to horror. Many horror films now seem to rely so heavily on the existence of a supernatural or sci-fi antagonist that character development and story seem to get lost along the way. We all love a good monster, but a good monster in a bad story is just a wasted opportunity.

It Made A Comeback With Critics

“This is probably the most ludicrous, and certainly one of the most revolting science-horror films ever perpetrated.” (Ivan Butler, Horror in the Cinema)

“Plush horror has arrived; in other words a monstrosity has achieved a kind of respectability, which is hardly a pretty thought… From this to exhibiting two-headed babies or bearded ladies seems a very short step.” (Isabel Quigly, Spectator)

As Williams put it, many times “art isn’t appreciated at the time of its creation.” Many classics such as Psycho and The Shining also had poor reviews after their initial release, but cemented their legacies as true horror classics well after their rocky beginnings. It is also in the eye of the beholder because many of us diehard horror fans would be running to – not away from – a “morally repugnant” horror film.

The build-up to the climax of this film lasts for roughly two-thirds of its run time. During this, there are many hints dropped, such as there being a problem with the transporter (shown with the disappearance of the cat and the words on the plate being flipped). There are also hints when it comes to what the creature may look like when we see the fly discovered by Philippe Delambre (Charles Herbert). During this time, we’re left to imagine what this creature may look like. This build-up allows us to search the darkest recesses of our minds and come up with the most horrific outcome that we can imagine. This is at the heart of true terror: the unknown.

Yes, obviously the monster is the real reason anyone spends their time and money watching a monster movie. Williams commented how enamored he was with the creature when he first watched the film. Gone were the days of Bela Lugosi’s Dracula (1931) being introduced in the opening couple scenes and looming over the protagonists throughout the entire film, and still to come were the days of slasher films in which the game of cat and mouse moves the story along. No, these were the times shortly before The Haunting (1963), when true terror was being defined by what we may see, rather than what the monster really looks like. No cheap jump scares, no “here’s your monster, watch it do stuff,” this is the sinking feeling you get when you’re unsure whether or not you locked your door before leaving the house and wonder what may be waiting for you as you enter upon your return.