Reign of Terror Haunted House Opens for One Night in February 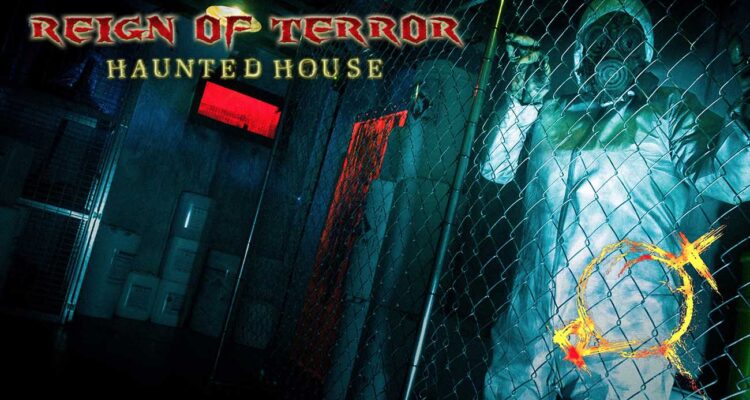 If you’re looking for a way to spend your Valentine’s Day weekend, we have the perfect activity for horror lovers. Not only will you get a horror fix, but you’ll get to do some good.

For one night only – Saturday, Feb. 13, 7-11 p.m. – Reign of Terror Haunted House will open its doors in Thousand Oaks at the Janss Marketplace to raise money for Make-A-Wish Tri-Counties, granting wishes for kids with life-threatening medical conditions.

“We’re trying to personally fund three children’s wishes,” says Bruce Stanton, owner and creator of Reign of Terror. “Our target is to raise $18,000.”

The event will be a full production of 82 rooms over 15,000 square feet and including six themes – from a Victorian haunted house to an insane asylum.

Stanton started the haunted attraction in his yard in 2000. It became a home, walk-through event in 2001, and by 2007, the attraction outgrew his house. Over the course of several years, the event grew from attracting 40 guests to 4,400.

“I started doing a haunted house out of my house,” says Stanton, “just because of my love of Halloween as a kid.”

In 2008, he moved his haunted house to a facility belonging to the Conejo Recreation & Park District. ROT landed at its current location of Janss Marketplace in 2010, where it remains permanently throughout the year.

ROT is a nonprofit, raising $133,000 over the last six years, including $12,000 for a volunteer last year who was diagnosed with lung cancer.

Because ROT is permanently set up, requiring no tear-down after each Halloween season, there are minimal expenses – meaning at least 95 percent of the ticket proceeds will go toward Make-A-Wish Tri-Counties.

In addition to giving back, you’ll be rewarded with some entertaining and elaborate scares.

“The big claim to fame that Reign of Terror has is that we are more of a boutique attraction… we let people in in small groups,” Stanton says. “Every single square inch of that haunted house is fully themed.”

And when you enter a room in the house, it is a detailed, fully immersive experience. In fact, you’ll be so immersed that you won’t notice the monster jumping out to scare you.

After February’s one-night event, expect ROT to return in full force for the 2016 Halloween season, when they’ll be adding a whole other attraction and expanding by a few thousand square feet.

VIP tickets with reduced wait time in line: $25 each

Tickets can also be purchased at rothauntedhouse.com