The Intriguer
This Day In Halloween
September 9, 2021 1 min read 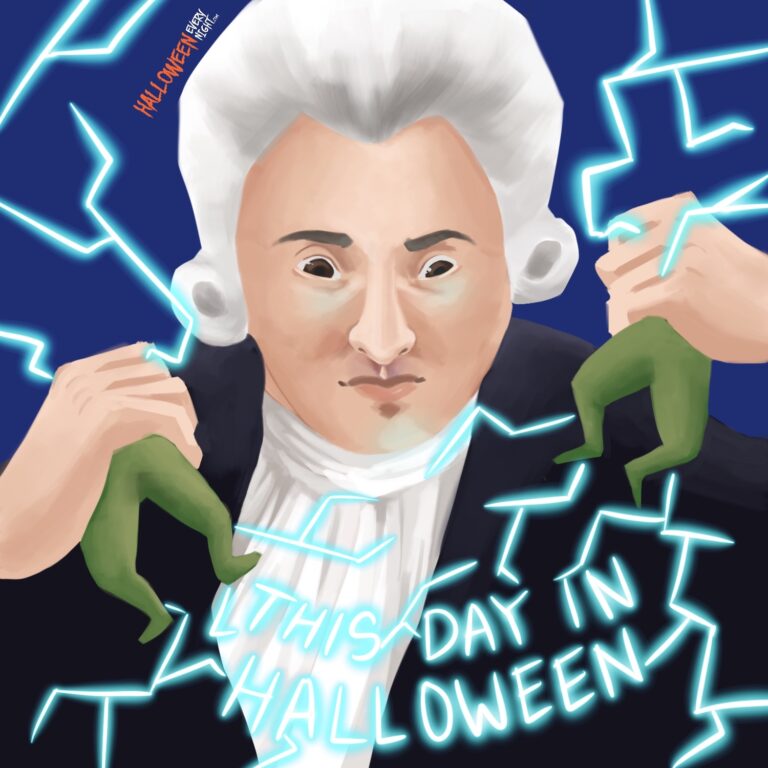 This Day in Halloween: Scientist Luigi Galvani, whose work directly influenced "Frankenstein," is born in Bologna, Italy in 1737. / Illustration by Emily Park

Luigi Galvani is born in Bologna, Papal States (now Italy) in 1737. The doctor, scientist and philosopher is known for his work in bioelectromagnetics or animal electricity. He discovered frog legs would twitch when he put a small electrical charge through them. His work was a direct inspiration for Mary Shelley writing Frankenstein. He died in 1798.