The Intriguer
This Day In Halloween
September 10, 2021 1 min read 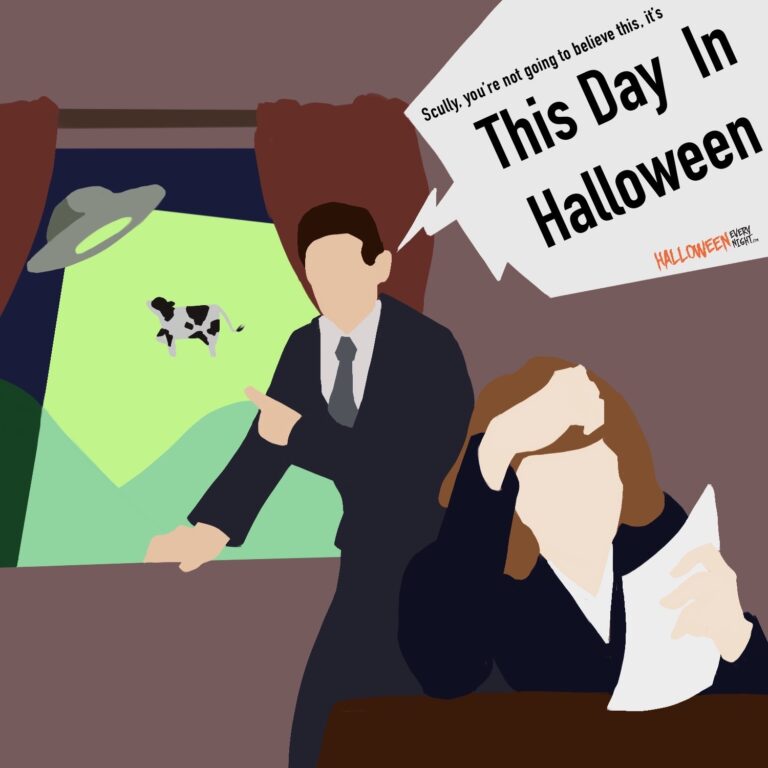 This Day in Halloween: Iconic horror/sci-fi thriller series "The X-Files" debuts on Fox in 1993. / Illustration by Emily Park

The X-Files debuts on Fox in 1993. The iconic horror/sci-fi/thriller series about FBI agents investigating the supernatural — and a government conspiracy — was an instant hit and ran for 11 seasons and led to two feature films, a revival and spin-off TV show. During its run, X-Files won 16 Emmys, five Golden Globes, and two Screen Actors Guild awards.