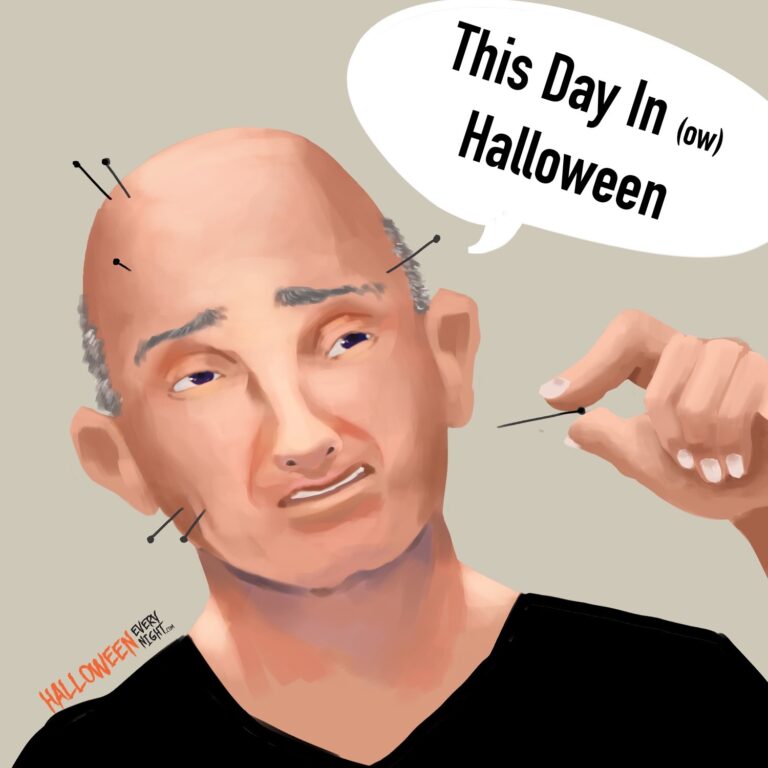 This Day in Halloween: Doug Bradley -- A.K.A. Pinhead -- is born in Liverpool, England in 1954. / Illustration by Emily Park

Doug Bradley is born in Liverpool, England in 1954. The actor known for playing Pinhead in the Hellraiser movie franchise is one of only six actors to play a horror character at least six consecutive times in film. The others include Christopher Lee as Dracula, Robert Englund as Freddy Kruger, Brad Dourif as Chucky, Tobin Bell as Jigsaw and Warwick Davis as the Leprechaun.