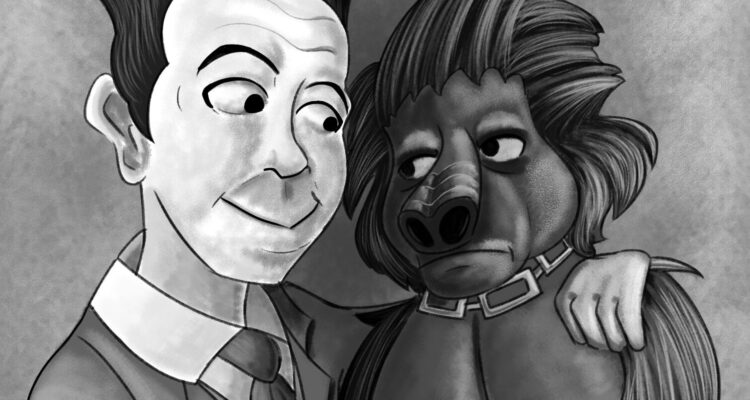 This Day in Halloween: Professional apeman Charles Gemora is born in the Philippines in 1903. / Illustration by Ashley Oliman.

Professional apeman Charles Gemora is born in the Philippines in 1903. The makeup artist studied gorillas at the San Diego Zoo and used his 5-foot-4-inch size and makeup skills to eventually became known as “The King of the Ape Men.” He appeared in at least 10 movies in a gorilla suit including The Unholy Three (1930), The Murders in the Rue Morgue (1932), Africa Screams (1949) and White Witch Doctor (1953). He later played a martian in 1953’s War of the Worlds and an alien in I Married A Monster From Outer Space (1958). He died in 1961.