Rutger Hauer: The Art Of The Bad Guy 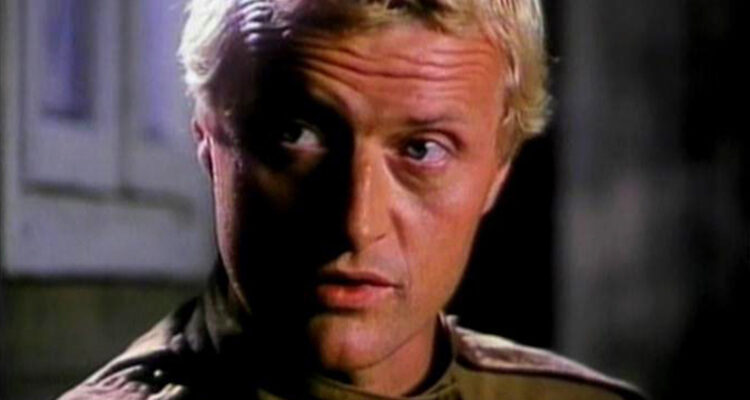 Dutch actor Rutger Hauer left his mark in Hollywood playing an assortment of delicious and dimensional villains and anti-heroes. He died July 19, 2019 at the age of 75.

His death on July 19 at age 75 is a reminder of just how few actors today understand the art of the bad guy.

His 50-year career included multiple genres, but featured him playing a collection of villains and anti-heroes that were often the best parts of the movies he was in. However, his personal touches to Roy Batty made the character a part of film history.

During the film’s climax, Batty saves Harrison Ford’s Rick Deckard — who has been sent to kill him — and Hauer then delivers what is widely considered to be the pinnacle moment of his career: The famous “Tears in rain” monologue.

What makes the scene a truly transcendent moment is Hauer’s uncanny ability to shift the audience’s perception of Batty from relentless killer to sympathetic anti-hero all in one speech. It was only revealed years later that Hauer simplified what was originally much more wordy dialogue and added the now famous last, profound line himself, using the pouring rain in the scene to reinforce the visual idea to the audience.

“…I’ve seen things you people wouldn’t believe. Attack ships on fire off the shoulder of Orion. I watched C-beams glitter in the dark near the Tannhäuser Gate. … All those moments will be lost in time, like tears in rain. …Time to die.”

Soon finding his niche in villainous roles, Hauer would go on to play the menacing John Ryder in the horror film The Hitcher (1986). Hauer’s portrayal of Ryder, the imperturbable killer who “wants you to stop him,” gained him further acclaim and gripped audiences with his brusque dialogue and cold stares.

In direct contrast to his brooding performances, Hauer took a different approach with his portrayal of Lothos the vampire in the horror-comedy Buffy the Vampire Slayer (1992). The role saw a lighter side of Hauer, yet stayed true to his reputation as the preeminent horror villain.

Hauer moved easily between European and American films, action films, dramas, period pieces, even rom-coms. But his striking features, powerful presence and Dutch diction landed him lots of villains. He played Nazis and those fighting Nazis, men of the cloth and the unholy, and was one of the few, if perhaps only actor to portray (in different films) Dracula as well as nemesis Van Helsing.

With an entire career spent mostly embodying malevolent beings, Hauer’s charitable work and environmental campaigns belied his on-screen persona. An avid environmentalist, Hauer actively supported the Sea Shepherd Conservation Society and served on the board of advisors. In addition to this, Hauer established the Rutger Hauer Starfish Association, an AIDS awareness organization that he donated the proceeds of his autobiography All Those Moments: Stories of Heroes, Villains, Replicants, and Blade Runners toward.

Bucking a Hollywood trend, Hauer was content with a quiet domestic life as well. He began dating Ineke ten Cate in 1968 before he was a professional actor. They were married for 34 years and together a total of 51 years.

Hauer’s legacy is built on big moments on-screen as well as off. He immortalized himself through complex characters and endeared himself through philanthropic causes, that almost certainly will not be lost like tears in rain.