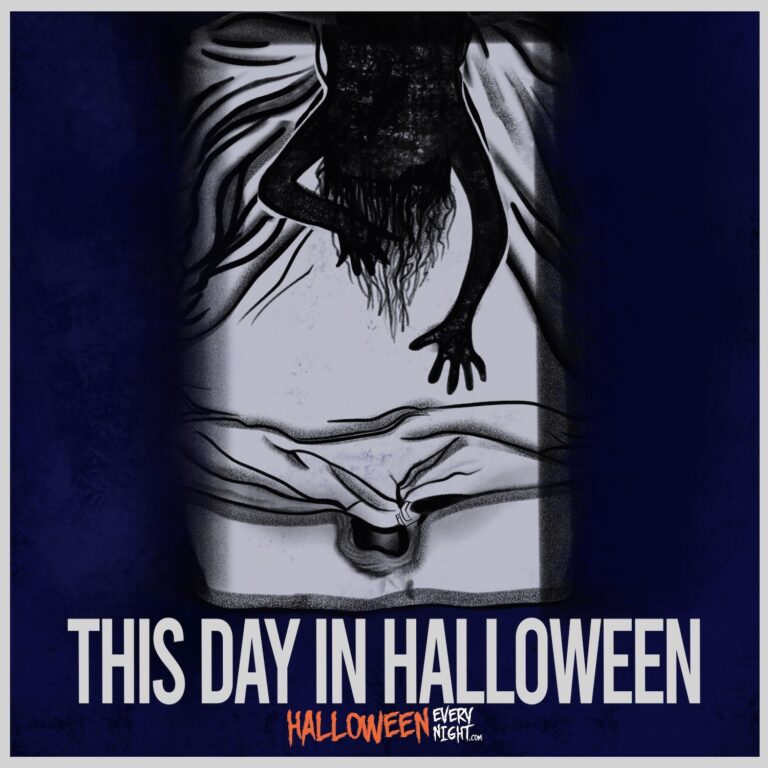 This Day in Halloween: "The Grudge," American remake of the Japanese horror film "Ju-On: The Grudge," premieres in Los Angeles in 2004. / Illustration by Allison Jimenez

The Grudge premieres in Los Angeles in 2004.  The remake of Japanese horror movie Ju-On: The Grudge, is directed by Takashi Shimizu, the director of the original. Shimizu also directed both the Japanese and American sequels.  Both films take place in Tokyo and follow a series of deaths by cursed people.