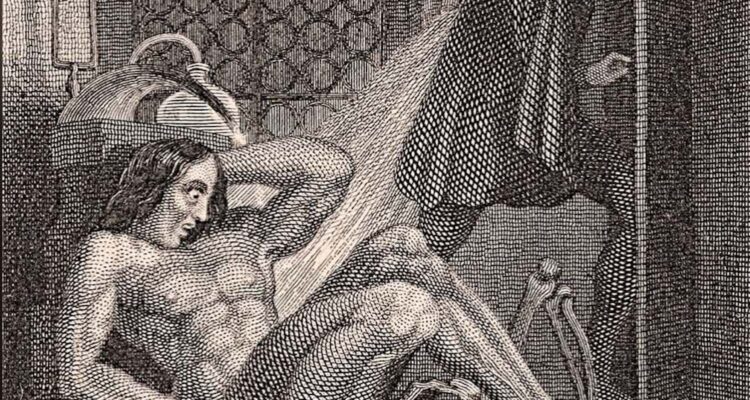 A first edition of Mary Shelley’s Frankenstein sold for $1.17 million on Sept. 13, a new world auction record for the printed work by a woman, auction house Christie’s announced.

Sold across two live and online sales, The Exceptional Literature Collection of Theodore B. Baum totaled $9,657,875 and included many rare printings of classic novels, including Dracula, Dr. Jekyll and Mr. Hyde as well as Frankenstein.

“The first edition in its original boards is incredibly fragile and as a result very scarce, so a copy like this, particularly in fine condition, is highly desirable to collectors,” said Christina Geiger, Head of Department, Books and Manuscripts at Christie’s.

Shelley famously conceived Frankenstein during the unusually cold and stormy summer of 1816 at Lake Geneva, Switzerland, where she and Percy Shelley were staying with Lord Byron. Byron suggested the group each write their own ghost story.

Frankenstein was published anonymously on Jan. 1, 1818. The classic story has reached the same cultural status as Don Quixote and Robinson Crusoe. Copies in the original boards are exceptionally rare, this being the only set to appear at auction since 1985.

Other books in Baum’s collection that were sold as part of an estate sale also include the first editions of various books, such as Robert Louis Stevenson’s Dr. Jekyll and Mr. Hyde, which sold for $16,200, Lewis Carroll’s Alice in Wonderland, which sold for $43,750 and Bram Stoker’s Dracula, which sold for $275,000.