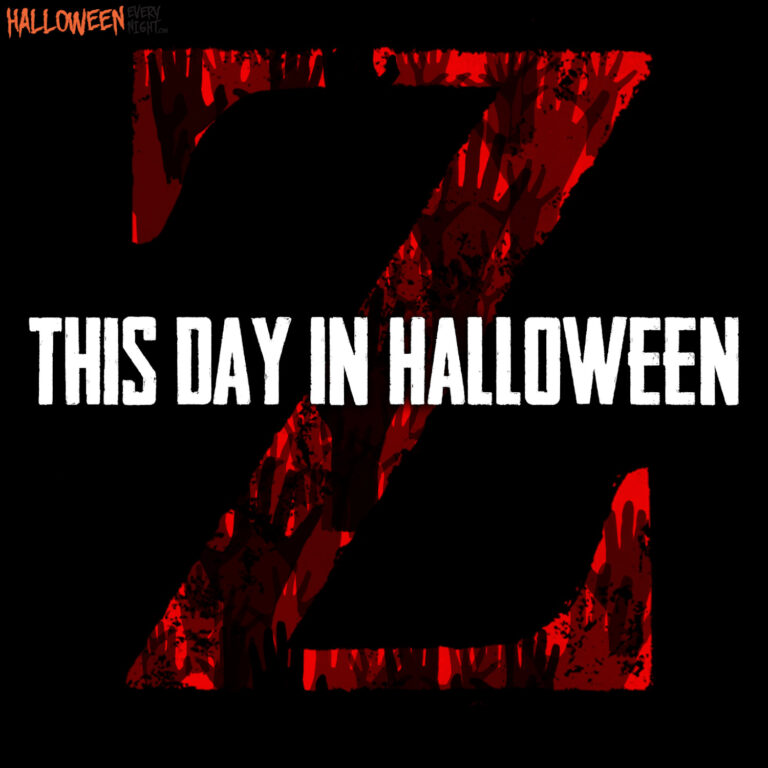 This Day in Halloween: "World War Z" starring Brad Pitt opens across the U.S. in 2013. / Illustration by Annika Krein

World War Z opens across the U.S. in 2013. Based on Max Brooks’ book and starring Brad Pitt, it is the largest scale zombie movie to date. Despite a troubled production, the film is a hit and the highest grossing zombie film in history. A potential sequel, also having a troubled pre-production, was cancelled in 2017.