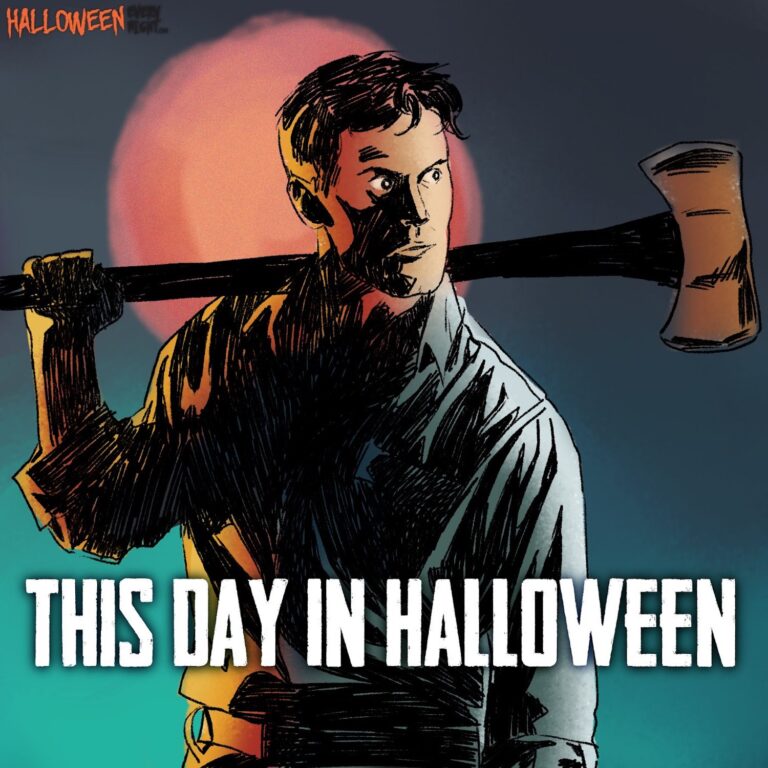 This Day in Halloween: Actor Bruce Campbell is born in Birmingham, Michigan in 1958. / Illustration by Annika Krein

Actor Bruce Campbell is born in Birmingham, Michigan in 1958. The actor’s career includes comedy, drama and action, but he’s best known as Ash Williams in the original Evil Dead franchise and Ash vs. The Evil Dead TV series. He continues to act, voice act, produce, write and direct. He also organized and hosted the Bruce Campbell Horror Film Festival from 2014 to 2016 as part of the Chicago Comicon.