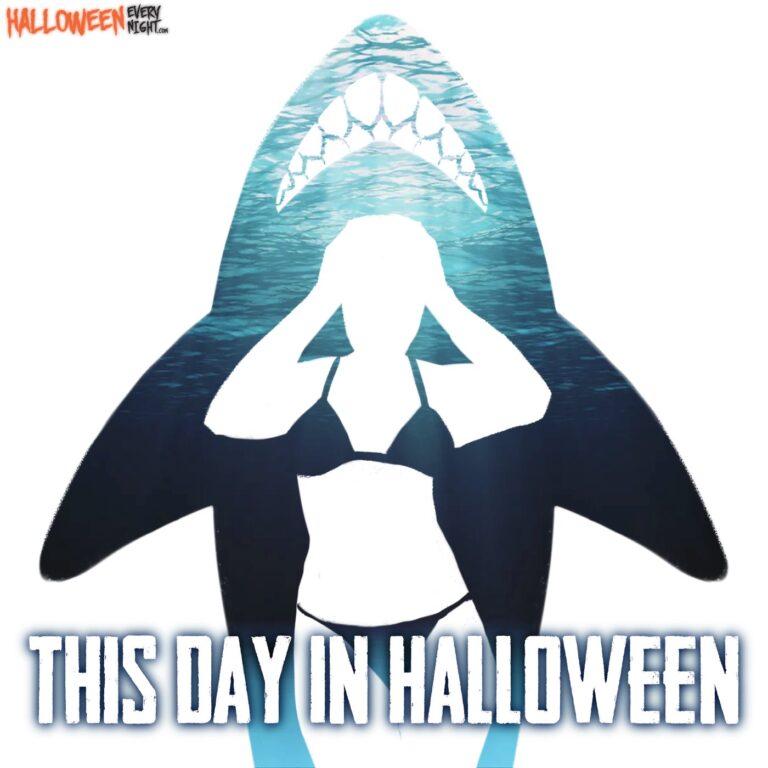 This Day in Halloween: Steven Spielberg's classic "Jaws" opens across the U.S. in 1975. / Illustration by Annika Krein

Jaws opens across the U.S. in 1975. Steven Spielberg’s first major film, based on author Peter Benchley’s bestselling book, becomes a massive hit. The film also inspires multiple sequels and a legion of rip-offs featuring orcas, crocodiles, and piranhas. The film is 48th on the American Film Institute’s 100 Greatest American Movies.