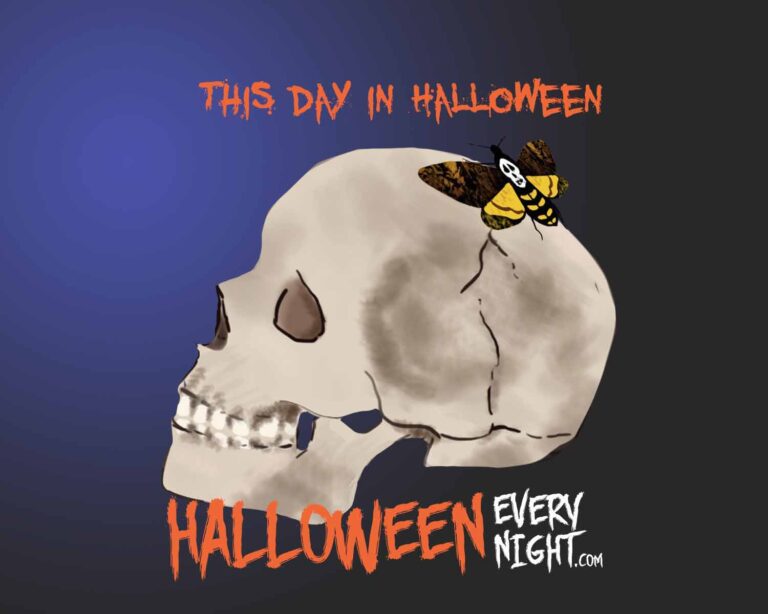 This Day in Halloween: "The Silence of the Lambs" is released in New York City in 1991. / Illustration by Kimberly Cortez.

The Silence of the Lambs is released in New York City in 1991. The horror thriller directed by Jonathan Demme stars Jodie Foster and Anthony Hopkins in a classic performance that earns him an Oscar. The film is a major hit and also becomes the first horror film to win the Oscar for Best Picture and later it is ranked no. 65 on the American Film Institute’s 100 Greatest American Movies list. A sequel, two prequels and TV show follow.