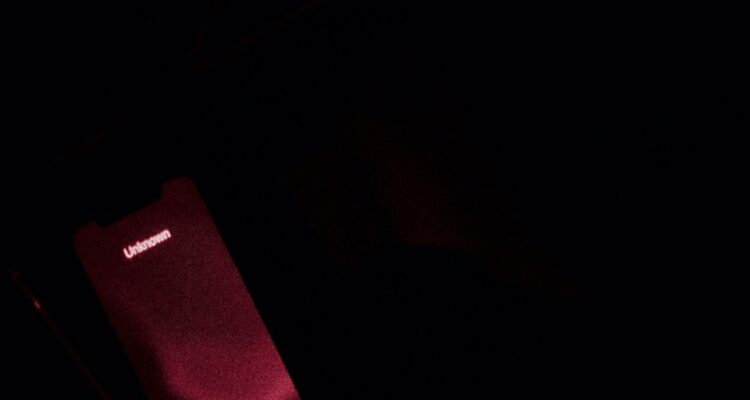 You’re in a dark room, alone. The phone rings.

It’s a boy. He’s scared. And he wants your help.

“I grew up really loving alternate reality games and haunted houses, which the intersection of those is how I found immersive theater and then on top of that, I come from sort of a familial background of traditional folk storytelling,” says Evan Neiden, who founded Candle House Collective, a nonprofit immersive theater company, in January 2018. “So a lot of that makes its way into my work as well.”

The boy — Danny — comes to inform you that there’s something in his closet. And its intentions are sinister.

Claws is a 30-minute experience that ran this year as part of the Candle House Collective’s Help collection. The immersive one-on-one show engages that deeply rooted, almost forgotten childhood fear of monsters in the closet. What keeps that flame of fear burning bright is the fact that the experience — like all Candle House Collective productions — is remote, taking place in the comfort of your own home. So your own bedroom may suddenly turn into something threatening, and that unsettling feeling might just linger for longer than the length of the phone call.

“A lot of immersive work is site-specific and because of that, those memories are forever fused with those locations,” says Neiden. “What we like to do and endeavor to do is bring theater to the most intimate places, the most sort of maybe ordinary places in one’s life — like a kitchen table or a darkened bedroom — and pin memory to those places you see every day. So maybe every once in a while … before you turn off the lights to go to bed, you’ll take another look at your closet door, just to make sure.”

Claws is just one of a long list of remote experiences that Candle House Collective has produced since 2018 — a time before remote became the norm. Based between New York and Chicago, Candle House Collective gives anyone in the world the chance to experience these remote, immersive productions via phone, video call and/or email. This kind of unique connection is something that has appealed to Neiden since he was a child.

“When I was a kid, I spent a lot of time sort of isolated,” he says.

That gave rise to a rather unique activity: going through the Whitepages phone directory and randomly calling numbers.

“And most of the time nobody would pick up or the number would be disconnected or people would just hang up,” he says. “I wasn’t prank calling, I wasn’t pretending to be anybody. I just kind of wanted to talk to people I didn’t know. And every once in a while, I’d just start a conversation with someone that was a blast — half an hour, an hour, maybe longer — and kind of get to know someone. We never even learned each other’s names. We just had a conversation and it was over. January 2018, I found myself kind of in that same place, feeling isolated, except at that point I had sort of the tools to make something out of it.”

That sense of internal isolation formed in his childhood helped inspire his desire to make connections.

“I spent a good deal of time on my own, which I learned to enjoy, but it also made me really value those sort of fleeting connections with strangers,” he says.

The concept behind the Help collection is that you, the participant, is volunteering as part of the Etcetera Helpline, “helping with life’s inevitable ‘everything else’ one caller at a time,” according to an orientation email.

“You are fulfilling the same role as someone working for the Etcetera Helpline,” says Neiden, “but within even that is fairly limitless variety. And throughout our past works, participants have taken on all kinds of roles. We’re very much not a LARP company. We love LARPs, we love what they do — that’s not really what we do. We never ask people to be any more or less than just who they are.”

In Claws, it is just you and the voice on the other end — along with some sound effects that up the creep factor. But other collections and experiences have varied in format and length.

“For a while now we sort of embraced the festival or collection format at the end of last year with our festival called Under the Bed, which was an assembly of six standalone pieces that ranged from 45 minutes long to two days long,” he says. “In the past, other projects we’ve done like Moonlight Serenade or Crossed Wires, were both single-ticket experiences that provided continuous engagement either with a single narrative or an anthology of connected narratives over the course of three days. And then our pilot project that started in January was a five-month long alternate reality experience for 50 audience members.”

He says variety is an important factor in the works of Candle House Collective.

And because of the personalized, one-on-one nature of the immersive experiences, every call is different.

“There are a lot of stories to be told, but no two stories need telling in exactly the same way,” he says.

Neiden says this personalized approach has contributed to a loyal group of participants.

“We’ve had some participants who have been with us since January 2018 and haven’t missed a single offering, and there is a reason for that,” he says. “Aside from, I’m sure that means they enjoyed the work … if you were to speak to say someone who’s been with us since the very beginning or for a while … we endeavor to maintain consistent quality up to our standards, but not everybody always gets the same show. The longer you’ve been with us, the better we know you. And once we get to meet you, we don’t forget. In that way, Candle House in and of itself is sort of sentient a little bit. Once you pick up a phone, we’re not gonna forget you if you do it again.”

In a time when the world is struggling to connect, bringing strangers together is what Neiden has been striving for in some form or another for most of his life.

“Ultimately the work we do, it comes down to connection,” he says. “Everything we do is in service of that. Anyone will say that connection is exceptionally important right now. I think it’s easy to see the timeline as sort of a limitation, something that is sort of stifling connection and forcing us to look for temporary Band-Aids.