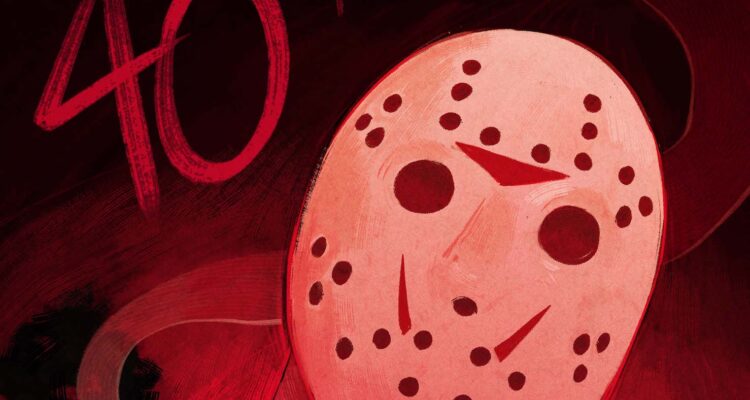 The slasher film reached mainstream success with John Carpenter’s Halloween in 1979. But Friday the 13th made slashers a bankable genre in 1980. And in the ‘80s, it was very bankable.

Friday the 13th captured what critics determined was a horrific reflection of Reagan’s America: A suppression of sexuality and a celebration of violence.

Forty years later, Halloween Every Night offers 13 facts about the film to ponder as we venture out into another summer that is sure to be remembered.

*Friday the 13th is considered part of the “classic age” of slasher films from 1974-1984 that includes The Texas Chainsaw Massacre, Black Christmas, Halloween, My Bloody Valentine, A Nightmare on Elm Street, Child’s Play and Candyman.

*Miller later wrote for Guiding Light, One Life to Live and All My Children soap operas.

*He disagreed with the filmmakers decision to make Jason the villain in the following films, declaring on his website, “He was a victim, not a villain.”

*Director Sean S. Cunningham put an ad in Variety to sell the film as soon as they changed the title to Friday the 13th, because he also wanted to test if anyone else owned the rights to the title.

*In Miller’s script, the film ends with Alice in the boat floating on the lake. Makeup effect artist Tom Savini had just seen Carrie and suggested having Jason appear one last time for a final jump scare.

*Actress Robbi Morgan was offered the role of Annie without auditioning. She shot all of her scenes the following day.

*Actress Betsy Palmer only agreed to the role of Pamela Voorhees because she needed to buy a new car. She reportedly told author David Grove she thought the film would be “a piece of shit.”

*Filmmakers shot the camp scenes at Camp No-Be-Bo-Sco in Hardwick, New Jersey, which is still a working summer camp.

*Film composer Harry Manfredini chose to only use music when the killer was present, so as not to manipulate the audience. And he would cut the music when something was about to happen, to make the audience relax and give a bigger scare.

*The reveal of Pamela Voorhees as the actual killer at the end of the movie is still noted as one of horror’s most shocking moments, and by film historian Carol J. Clover in her book Men, Women and Chainsaws as “the most dramatic case of pulling out the gender rug” in the history of horror films.