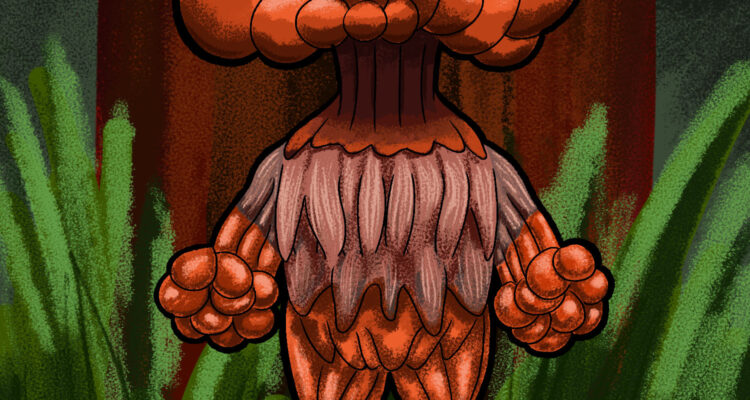 This Day in Halloween: Ishiro Honda's controversial "Matango" -- a.k.a. "Attack of the Mushroom People" -- opens in Japan in 1963. / Illustration by Ashley Oliman.

Matango opens in Japan in 1963. Directed by kaiju master Ishiro Honda, the film also known as Attack of the Mushroom People, is essentially Honda’s comment on addiction and is based on a story from 1907. The film is controversial on its release with critics, noting the makeup was too reminiscent of people disfigured by the atomic bomb blasts in World War II, and that the creatures resembled mushroom clouds. After disappearing for many years, regard for the film has grown.