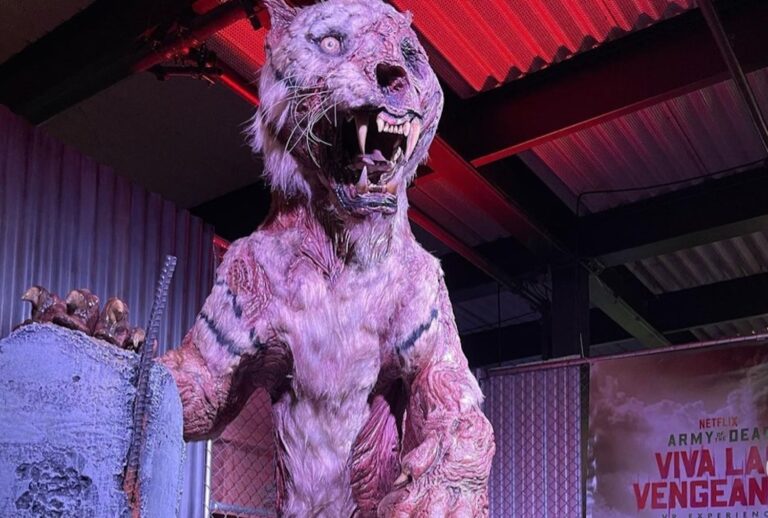 Editor’s note: As a service to readers, H.E.N. continues to publish dispatches from our special correspondent Ray-Edgar Upton Spillane, who travels the world in search of real men’s adventure, epic peril, and daring escape.

LAS VEGAS — I’ve always hated Las Vegas. So when the zombies first came spilling out from behind a pile of ruble, I knew I should have trusted my gut. Should have never come to this neon hellhole. Should have never thought I could gamble with the dead.

As they quickly scrambled toward me, I stuck my rifle through the bars of the requisitioned taco truck’s reinforced cover and unloaded a torrent of ammo. They collapsed in splattering heaps. And it’s just in time. The Las Vengeance mercenary team was back on its heals. A couple of our rescuees might have turned at any moment. The truck was low on fuel and Franco, our driver, was battling the DT’s. This was blackjack with our souls. We’d have to fight our way out of this rotting town before they drop the bomb.

We’d wiped out a few waves of these running corpses when I felt the rumble of that big filthy drivetrain come to a stop. Maybe our luck had just run dry in the hot desert sun. Out the open back of the truck I spot him: Zeus, the alpha zombie, atop his zombified steed.

I was as exposed as a nudist at the beach when I wheeled around and fired. Soon, he was joined by another teeming herd of dead and a zombiefied tiger. I didn’t know how long we could last, but I was on my own, the rest of the team was busy keeping the dead off our wheels. I leaned in this time, firing heavy into the horde as they fell away. Franco gathered himself and we drove off.

It was hard to know how to feel about personally unleashing this kind of carnage, but it was us or them. And they were already dead. Actually, come to think of it, it felt pretty damn good. I still had to reckon with pulling hard on that trigger. But the wreckage of Vegas was shrinking behind us. We’d pulled away with our mission complete and minimal human losses. It was a good day, even in that rotten, sun-drenched town.

And regardless, somewhere, I just knew Elvis was smiling.

Viva Las Vengeance
*Where: Parking lot rooftop
Westfield Century City
10250 Santa Monica Blvd., Los Angeles
(with multiple locations including Boston, Chicago, London, and Paris coming soon)
*When: Fridays, Saturdays and Sundays through September
*Tickets: Reservations starting at $24
*Extras: Food and drink available for purchase.
*The concept: VR mixed reality gaming based on the Netflix film Army of the Dead.
*Cut to the chase: Quality CGI leads the immersive sensation, and a breeze blowing through the back of the actual truck (set up like a motion simulator) creates a thrilling VR experience.