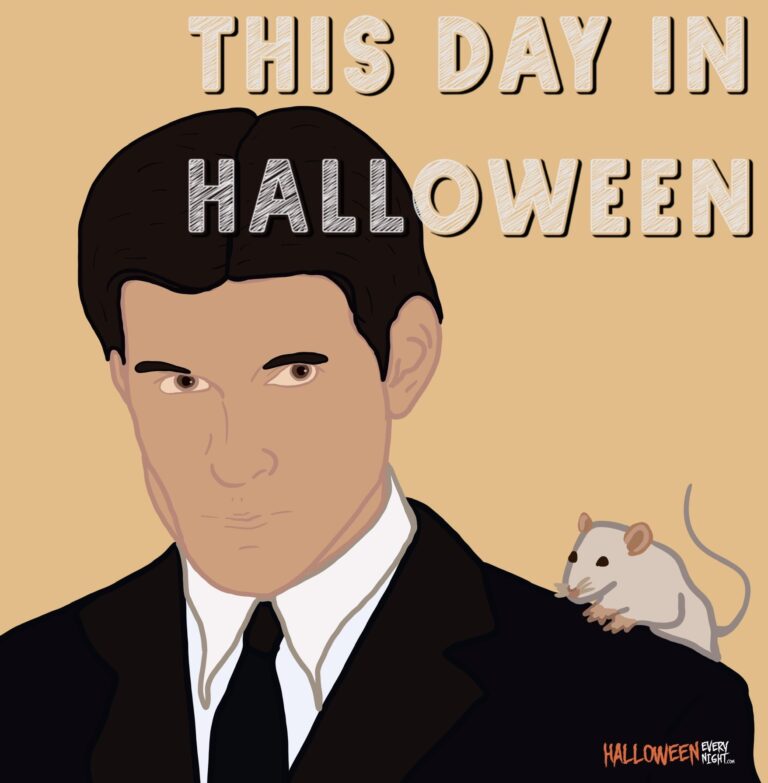 This Day in Halloween: "Willard" opens across the U.S. in 1971. / Illustration by Sorprisela Martinez

Willard opens across the U.S. in 1971. The film, starring Bruce Davidson, is the first to utilize rats — certainly en masse — as a movie scare device when a loner drafts an army of rats to inflict revenge on his enemies, including Ernest Borgnine. The film is a success and spawns a sequel and remake. Willard might also serve as an inspiration to Jaws (1975) and Carrie (1976).