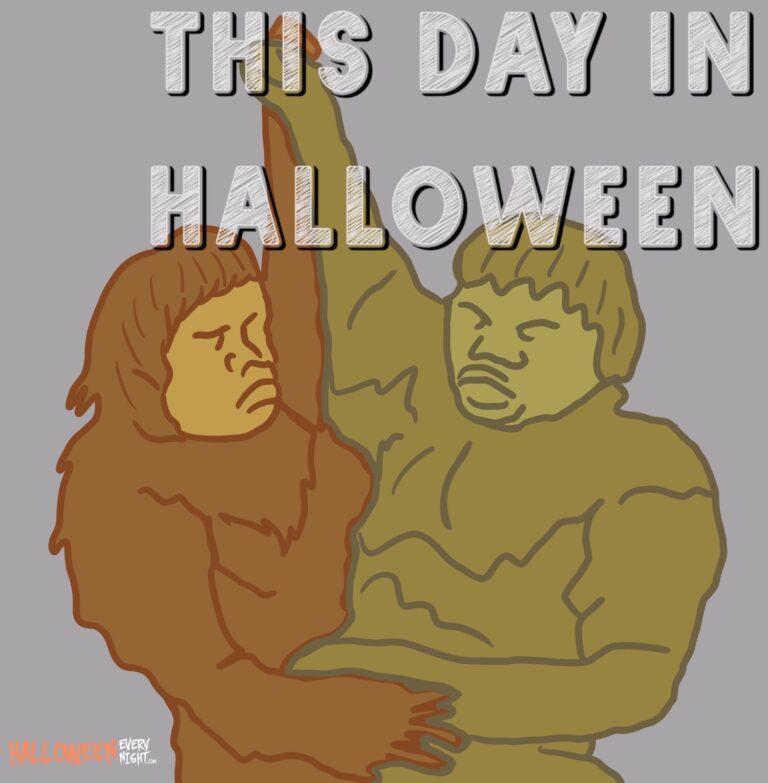 This Day in Halloween: Japanese kaiju film "War of the Gargantuas" opens in Japan in 1966. / Illustration by Sorprisela Martinez

Japanese kaiju film War of the Gargantuas opens in Japan in 1966. Technically, a sequel to the 1965 Japanese-American co-production Frankenstein Conquers The World, the film stars Russ Tamblyn and features a battle between gigantic siblings — a friendly brown creature from the mountains and savage green one from the sea. It opens, edited and dubbed, in the U.S. in 1970.