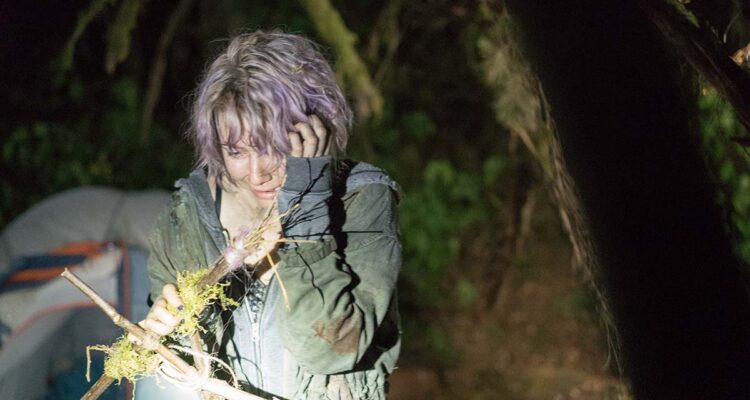 The Witch Is Back: ‘Blair Witch’ Now in Theaters

I have an admission to make.

I wasn’t a fan of the 1999 horror film sensation that is now often listed in “best horror” lists, The Blair Witch Project. Yes, that revolutionary movie that helped create a whole new genre in horror filmmaking. Yeah, that one.

Hear me out. I’m not sure how or why, but I missed the whole marketing blitz surrounding the film – the innovative marketing strategy to create such a realistic setting for the film that some actually thought it was real. I didn’t know anything about it.

In fact I hear about it more now than at the time (including by other guests at a recent Blair Witch screening). Maybe I was under a rock or fell down a well, I don’t know. But the point is, I went to the movie not knowing much about it … and immediately wanted to vomit.

The shaky camera effect, which was meant to project a strong dose of realism to viewers, projected a strong dose of stomach upset for me. Needless to say, I spent most of the movie waiting for it to end and barely noticed the big climactic ending as I tapped my foot impatiently so that I could exit the theater for some fresh air.

I never had a nausea fit like that before and I haven’t had one since that film – not even during the other popular, nausea-inducing hit, Cloverfield (which I loved). For some reason The Blair Witch Project just did me in and the subtle, creep value fans talk about went way over my head as I was bent over, trying not to heave.

Fortunately for me (and my fellow movie-goers), I did not have the same experience with the new Blair Witch film – though the filming still had the same shaky camera quality.

The storyline is simple: Heather’s brother wants to go into the same woods where his sister and other filmmakers disappeared all those years ago. He takes his own friends, and cameras, of course.

It’s difficult – if not impossible – to make a sequel like this completely original. But I think the filmmakers did a good job of walking that fine line between originality and consistency with the first film. It’s basically the same idea:

Young people with cameras go into the woods.

Some witchy things lurk in the woods.

Where Blair Witch departs from the original is in its scare tactics. The subtlety of the first – which I clearly missed – turns more overt in the sequel. But not so overt that it kills the aura of mystery surrounding the witch. You definitely get more in the later film, but not so much so that there’s nothing left to the imagination.

While I can certainly appreciate what the original film did for horror filmmaking, I enjoyed the sequel much more for its watchability. And so did my stomach.