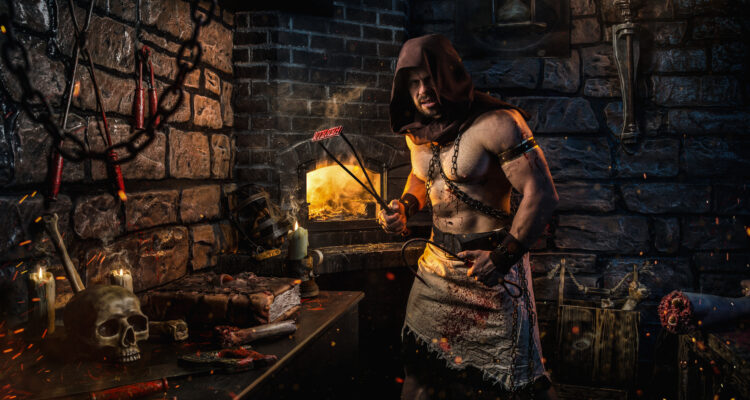 The Shifting Maze of Escape Rooms, Who Will Be the Top 10 in USA Today?

Over the last few years, an ever-increasing need to escape captivity has captivated the nation. Escape rooms have quickly become a widely recognized form of entertainment, the industry growing in the US, Canada, the UK and even China. Now, for the second year in a row, USA Today’s 10Best has put forth a viewer poll to decide which of the homegrown escape rooms should be called 2017’s top 10 escape rooms.

We were able to talk to some of those escape room hosts fortunate enough to be listed in the running, to get their opinions on both the contest and on the escape room scene.

To stay on top of the contest, each room has its own twist to keep it in the running for the coveted top 10 spots. For Cross Roads Escape Games, this means their signature Hex Room Game: a unique, genre game that puts players in the role of one of five classic horror movie characters. In classic horror movie fashion, players are split up into different rooms. “We give you the costume pieces, put you in a room by yourself; now you’re in character and alone,” Madison Rhoades explains. “Often in group games, there’ll be one player that hangs back, lets the other people solve the puzzle. In Hex Room, dividing forces you to work on your own puzzle in your own room, and while there’s a lot of communication amongst the group, there are no longer passive players.”

The team behind Escapade Games, which is also in the running, believes in pulling players deeper into immersion, but through production rather than isolation. “We don’t want people just solving puzzles in a theater or a haunted house. We want to give you a sense of what you’re doing there,” explains Julia Ostrovskaya, one of the founders of Escapade Games. “We could have an actor just stand in the room with you, dressed as a zombie, but we think it’s more important if you understand why he’s chasing you. We want the game to be as immersive as possible, and make you feel like you’re influencing the ending.”

But despite this movement from some toward greater experimentation and innovation, the creeping burden of over-saturation can already be felt within the escape room community. “People think it’s easy to build an escape room,” explains Ivan Petrushin of Quest Room, another contest participant. “Just get furniture from grandma’s garage and some padlocks and bam! We try to do more than that, but a lot don’t.

“With so many escape rooms on the market, people will most likely choose a company they already know or know is good,” he continues. “Small mom-and-pop companies where the owner is the actor and the game monster will probably experience trouble down the line. There’s no way the market as it is now can be sustained; the big escape rooms will get bigger, and the small ones will suffer.”

Still, the future of the escape room industry is uncertain. Some believe that the market will collapse inwards; others believe that it has room to expand to a global phenomenon. Some still believe that the nature of escape rooms will shift entirely, becoming a new kind of immersive theater. While not everyone in the escape room business can agree on whether or not this current competition can accurately define which escape room is “the best,” they do agree that it’s a good way to spread the word of what escape rooms have to offer. If nothing else, it’s a start.

To see a list of the escape rooms featured on USA Today’s poll and vote on which ones you think deserve to be in the top 10, visit 10Best here. Vote quickly: The polls close Monday, Sept. 25.