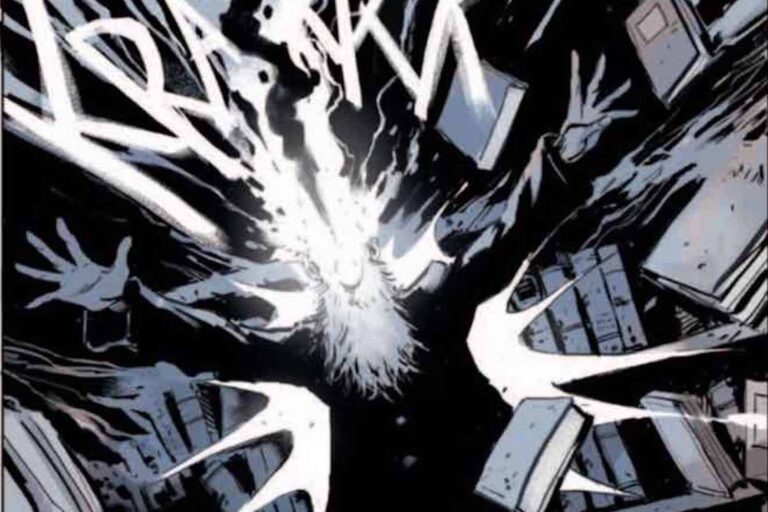 Horror has the power to examine complex themes, issues, and taboos unlike any other genre. Comics have allowed writers and artists to use horror as well, bringing provocative and dark subject matter to very specific audiences.

The new comic The Possessed from acclaimed writer Steve Niles and lauded Criminal Macabre artist Gyula Nemeth follows a young woman in Nazi-occupied Budapest after her parent’s murder leads her down a darkly supernatural path, where revenge comes at the price of giving up her sense of right and wrong, and leaving readers questioning who the monster truly is.

Contrary to most comics, The Possessed is the brainchild of both writer and artist, with the original idea coming from Nehmen. According to Niles, the pair met in London years ago and have never turned back.

“It actually came from Gyula,” Niles says. “We met at a convention in London a couple years back and got along immediately. We started talking about ideas and Gyula brought up the idea of The Dybbuk. I have to admit I never heard of it before, but the concept immediately caught my attention, I did some research and we had a comic.”

Its original idea certainly helps the comic stand out, but what really makes the comic take hold of the reader is the alliance of imagery and story, clearly a reflection of the chemistry between the pair.

“It’s a classic monster story, at its core,” Niles says. “I always enjoy working with this kind of story, we know exactly who the monsters are. So, it’s more a story of what it takes to make a bigger monster come to defend the main characters.”

These primary themes are reflected through the comic’s imagery, a stylistic approach that contrasts the dark, dreary backgrounds with bright colors of human characters. Through the backdrop of occupied Budapest, we see the light that is humanity, whether through their eye-popping colors or skin that Nemeth highlights to make her characters appear angelic, the good that can be found despite the worst circumstances.

“Horror comics have changed a lot since the EC [Tales from the Crypt] days. They’ve become more sophisticated and involved story-wise,” Niles says.  “I love EC, but they definitely followed a formula and these days you don’t see stories like that too often.” While The Possessed is rooted in reality’s past horrors, Niles and Nemeth work at creating something fresh and new.

The Possessed is available at comixology.com and other comic retailers.