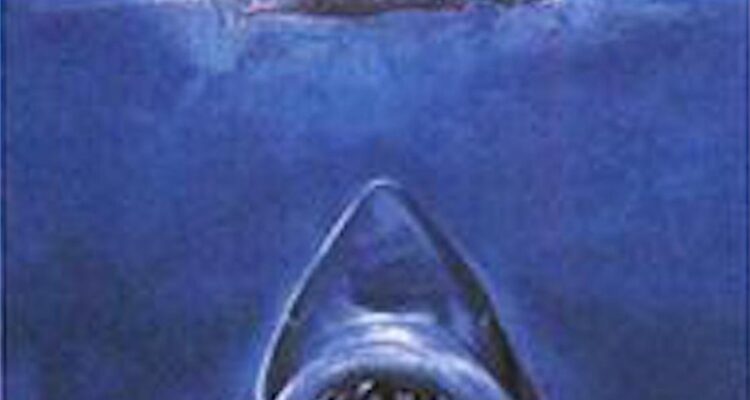 "Jaws" arrived in theaters 45 summers ago. Movies and beaches were never the same. / Poster courtesy of Universal Studios

Steven Spielberg never thought Jaws would succeed. He feared that he was going to be cast out of Hollywood because the film went 300 percent over budget and the shooting schedule was over by 109 days.

Little did he know, he would create a film that would change the filmmaking and the film industry forever.

Jaws’ massive success in the summer of 1975 changed how films are marketed, using TV to prime audiences before release dates. And it transformed the  summer movie season, between Memorial Day and Labor Day, from an off-season to Hollywood’s prime money making season. It was the birth of the “blockbuster.”

Halloween Every Night celebrates the 45th anniversary of the Spielberg’s classic with a few reminders of what still makes the film so great.

Two notes made the difference: John Williams’s score for Jaws is half the reason for the movie’s gigantic success. Using only two notes, Williams created all the suspense needed to make people jump out of their seats. At the time of Jaws’ release, most movie soundtracks were filled electronically made pop tunes. It was a surprise — and throwback to Hollywood’s past — when the simple orchestra score was just as successful.

A blessing disguised as an obstacle: The mechanical shark in the film malfunctioned for much of the shooting, forcing Spielberg to improvise. Unintended by the director, the use of only the shark’s point of view, the barrels, and the fin produced a better effect.

Beautiful shots: The exceptional push pull — also called the focus pull — in the scene of the attack on the crowded beach, is a prime example of Spielberg’s ingenuity, as well as the slightly faded color grading of the movie and the use of one angle for entire scenes.

Perfectly timed jump scares: Even on repeated viewings, the jump scares still work. If there is anything that is certain, it is that Spielberg knew exactly how to draw you in and the perfect moment to strike.

Jaws left its mark in other ways. The film claimed three Academy Awards for editing, original score, and sound. Spielberg quickly became one of the most esteemed directors and producers in film history. Williams’ partnership with Spielberg has been one of the most successful in Hollywood, but has also included the Star Wars and Harry Potter franchises.

The American Film Institute ranked it 48 on the 100 Greatest American Films of the 20th Century, and in 2001, the Library of Congress included it in the National Film Registry.

Not bad for a movie Spielberg thought would “swallow him whole.”