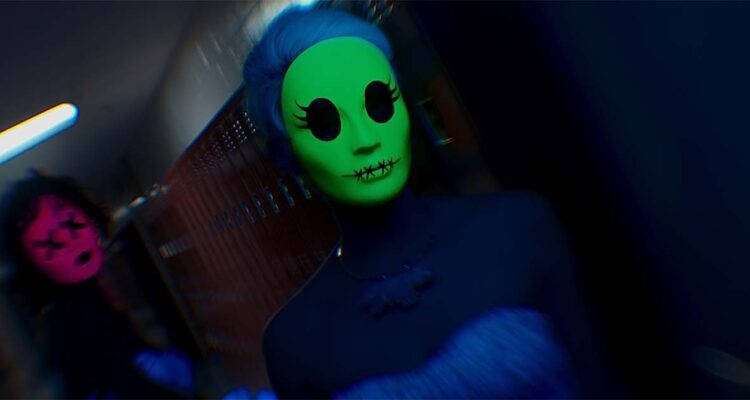 Featured Screenings from Beyond Fest, Screamfest and Shriekfest

For its fifth year in a row, Beyond Fest is opening its doors once again to bring the movie-going people of Los Angeles a cornucopia of cutting-edge films. Starting Sept. 29 and running through to Oct. 10, the nonprofit genre film festival will be playing movies non-stop out of the famed Grauman’s Egyptian Theatre, featuring brand new international debuts, time-tested film treasures and refurbished cult classics.

Debuting at Beyond Fest a full month before its official release, Joe Lynch’s Mayhem stars Steven Yeun of The Walking Dead and Samara Weaving as two folks trapped in an office building full of infected, murderous co-workers. Additional horror debuts include the home invasion Christmas horror comedy, Better Watch Out, the critically acclaimed Canadian zombie film, Les Affamés, Alexandre O. Phillippe’s in-depth documentary on the iconic shower scene from Psycho, 78/52, and the illuminating crowd-funded documentary on the exploding haunt industry, Haunters: The Art of the Scare.

Beyond Fest will also be screening several restored horror classics, including Dario Argento’s Suspiria in both its 4K restoration and 35mm print, as well as Night of the Living Dead and Rawhead Rex, both in 4K.

New films from our northern and southern neighbors will be making debuts at Screamfest, including Mexico’s Tigers Are Not Afraid and Canada’s Trench 11 and Todd & The Book of Pure Evil: The End of the End. “We’ve got a very strong selection of foreign films this year,” says Rachel Belofsky, founder and producer of Screamfest. “I started Screamfest as a festival that would bring filmmakers together, and it’s grown into something that both filmmakers and fans can enjoy.

“We’re also offering a free screening of the documentary, Vampira: About Sex, Death, and Taxes. There’s a whole generation out there that doesn’t know about Vampira or who she is; we’re hoping that this will enlighten our audience.”

Meanwhile, Shriekfest promises three nights of spectacular indie horror. Friday night of Oct. 6 features screenings of Mercy Christmas, The Glass Coffin and The Shift, while Saturday and Sunday open midday with slews of short films, capping off each night with features including Fractured, Gnaw, The Evil Within and The Basement.

Beyond Fest starts Sept. 29 and runs ’til Oct. 10; tickets and the complete schedule to the event can be found here.

Shriekfest runs the weekend of Oct. 5 through Oct. 8; passes and a full list of the shorts and features to be screened can be found here.