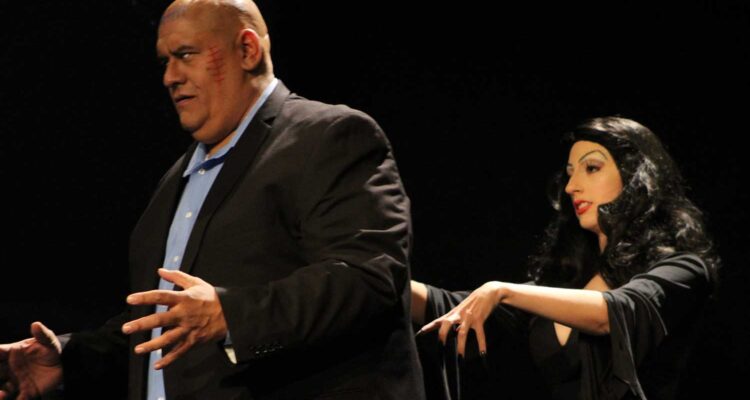 John Castro and Ingrid Garner in the Maverick Theater's annual production of "Plan 9 from Outer Space." Photo by Jessica Peralta

It’s about this time every year the grave robbers from outer space try to take over the Earth. For good measure, Bela Lugosi, or what’s left of him, always seems available to lend a sinister hand.

You’d think they would have learned by now, but because they hilariously have not, Plan 9 from Outer Space at Fullerton’s Maverick Theater remains a delicious post-Halloween treat.

While most people know by now the film is considered the worst, or one of the worst ever made, it’s a hell of a lot more fun witnessed at a safe distance through the filter of the annual Maverick production — now in its eighth year — with acting, special effects and audience reactions far superior to the original.

There is only one way to present a modern live stage production of such a film and that is to embrace its spectacular ineptitude. Brian Newell’s direction and stage adaptation gives it less a hug and more a Heimlich Maneuver, freeing theater goers from much of the dreadfully slow moments from the film, and instead sending them on their way smiling just over an hour later.

Leads Spencer Douglas as Criswell, Sean Coutu as Jeff Trent and Hailey Tweter as Paula Trent generously share a lot of the comedic load with an ensemble of actors trying to — in homage to the original — act as badly as they possibly can. That’s more difficult than you might think, as each actor breezes along with tongue firmly in cheek through each idiotic scene. Kudos to supporting actors Jeremy Krasovic, Scott Keister, Kevin J. Garcia, Rob Downs, Tara Pitt, John Castro and Ingrid Garner for being intentionally terrible, clumsy and unprepared.

The only one playing it straight is the late film legend Lugosi, who appears via the brief bit of footage director Ed Wood shot of him shortly before Lugosi’s death. Glaring and non-sensical in the original film, it’s a goofy bonus on stage and sets up a great gag later on.

No one knows how Wood would feel about this send up of the film he considered his masterpiece, but if the popularity of this limited run every year is any indication, he continues to live far beyond the grave. 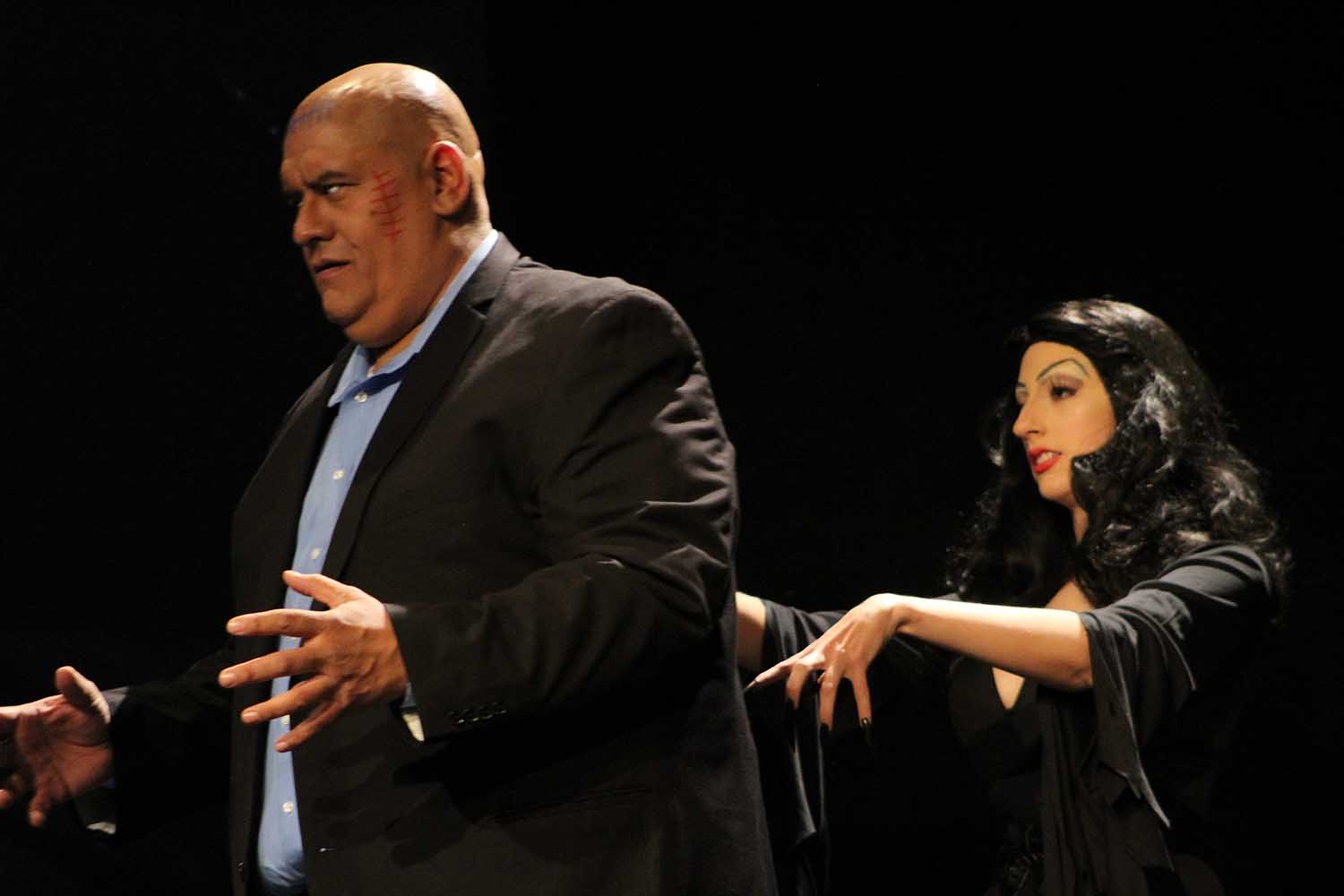