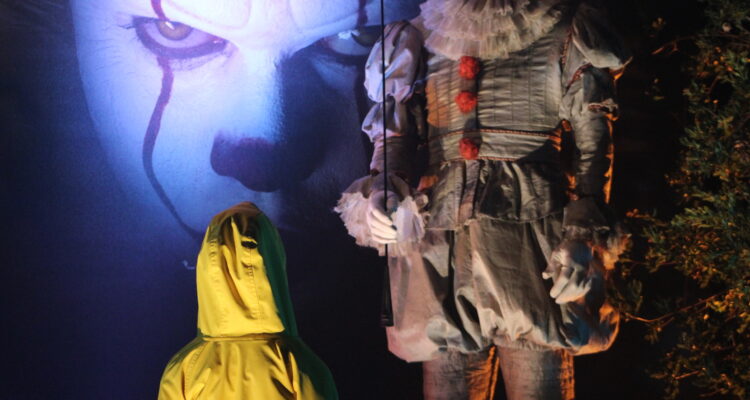 When Midsummer Scream creators say their event is bigger and better, they mean it.

The annual horror fan convention returns for its fourth year on Aug. 3 to Aug. 4, doubling its size from last year.

This is the first year the convention will take over the entire Long Beach Convention Center.

Fans can expect a much larger show floor, including more than 350 exhibitors, while at the same time wider aisles — to 15 feet — to help keep foot traffic flowing.

The Hall of Shadows dark zone’s theme this year is Tiki Terror, a bit of Polynesia with a dark side.

“It’s gonna have even more haunts in there,” said Markland.

Fans will enter the hall through a jungle portal created by CalHauntS that will feature a crashed airplane, crumbling temple ruins and an erupting volcano.

“It’s pretty jaw-dropping,” said Markland. “It’s [a] pretty elaborate jungle theme that you get to walk through.”

The tiki theme will also carry over into a vendor area with artists and merchants including Jeff Granito, Sweet Siren, Tiki Tiki Monster and McBiff. Those 21 and over can also grab a drink at the Drunken Devil’s Freaky Tiki Bar.

And of course, the Decayed Brigade will return to the Hall of Shadows for regular showings of their monster sliding skills.

“We’ll have all the theme parks coming back,” said Markland.

With Disneyland’s Haunted Mansion turning 50 this year, the convention will host a panel with Disney legends Bob Gurr and Tony Baxter. There will also be Mansion-inspired merchandise sold through vendors on the show floor in the Corridor of Creepy Creeps. Also, at Saturday night’s the Grim Grinning Gala, there will be a movie screening of “The Haunted Mansion” with live commentary by the movie’s Director Rob Minkoff and Producer Don Hahn.

New this year is a Podcast Studio, where podcasters will interview industry icons throughout the weekend.

The event isn’t complete without the Black Cat Lounge, where guests can hang out with adoptable cats as they roam through a play area. This is the event’s fourth year partnering with Kitten Rescue Los Angeles.

Markland said they always love hearing when cats are adopted at the event.

“It makes us really proud,” he said.

He said fans can also expect more in the way of educational classes, including those covering the topics of mysticism, the occult, home haunting and getting into the haunted attraction industry, among others.

“Of course everyone wants more bars,” he said. “We’re working to make sure we have more of that. … We always want to make it fun and different for everybody every year.”