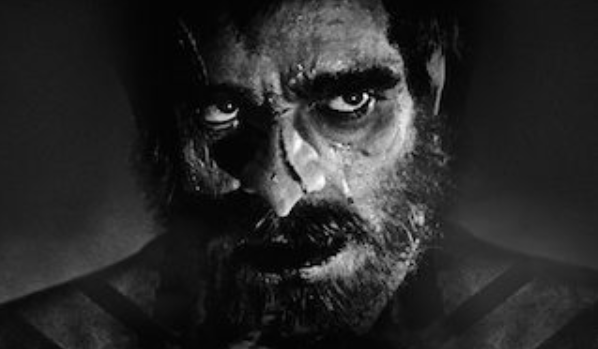 Director James Whale made a darkly tongue-in-cheek horror comedy a year after he made the classic Frankenstein. In 1932, American audiences didn’t understand it or didn’t care.

Over time, the film was nearly lost, then saved, then reconsidered. And on the 85th anniversary of its release, the film – now considered a classic – has been fully restored.

The film follows a group of travelers who take shelter from a storm in the creepy Welsh estate of the bizarre Femm family and their brutish butler, played by Boris Karloff. Melvyn Douglas, Gloria Stuart and Charles Laughton, in his first American film, also help fill out the cast.

The newly restored horror comedy arrives at the New Beverly Theater in Los Angeles, the Quad Cinema in New York and the Lark Theater in San Francisco on Oct. 13. The Old Dark House on Blu-ray

Halloween Every Night recently chatted with Tim Lanza, of the Cohen Film Collection, who oversaw the restoration. He credits Vincent Pirozzi and the techs at Roundabout Entertainment, Burbank for doing “the heavy lifting.”

According to Lanza, the original 35MM negative that was saved by Harrington and kept by the Library of Congress, still had multiple deteriorated reels including the first two reels. A 4K scan was done on the entire negative, missing footage was replaced by another master, followed by a frame-by-frame clean up and stabilization.

Halloween Every Night: How did you get involved in the restoration of this film, and how or why was The Old Dark House chosen for saving, considering the Library of Congress had a copy and there had been something of a restoration in the 1960s?

TL: Since 1992, I’ve been overseeing a large library of films that had been commonly known as The Rohauer Collection, of which The Old Dark House is a part.  We’ve restored dozens of films over the years, including a number of films by Buster Keaton and Douglas Fairbanks, Fritz Lang’s Hangmen Also Die, Luis Bunuel’s Tristana, DW Griffith’s Intolerance, Julie Dash’s Daughters of The Dust, the Joan Crawford/Jack Palance film noir Sudden Fear, a number of British titles from the 1930s to 1960s, early sound comedy and music shorts with people like George Burns and Gracie Allen, WC Fields, Bing Crosby, Robert Benchley and many other films. The Old Dark House is a film that I wanted to restore from the beginning, but had to first come to an agreement with Universal. While very nice preservation material exists and Universal had struck great 35MM prints, there is still restoration work that is far easier digitally – and in some cases can only be done digitally.

HEN: How long did the total restoration take?

TL: The nitrate elements were sent from the Library of Congress in December 2016 and the restoration was completed in May 2017.

HEN: Does anyone know why the first reel was in such bad shape? It was saved in the 1960s, but was still not very good, correct?

TL: I believe that this was just due to nitrate decomposition, which, as I am sure you know, is not uncommon and has lead to the complete loss of far too many films.

HEN: What does color grading mean on a black and white film?

TL: In general, color grading also involves making sure that the shots within the film match and are consistent – unless intentionally meant NOT to be, as well as dealing with the contrast, highlights, and shadows.

HEN: Considering the unusual path this film has taken from unsuccessful and nearly lost to cult classic to genuine classic, how satisfying is it, now that the film will be seen in theaters and on DVD and Blu-ray in its full glory?

TL: It’s incredibly satisfying, especially as it is the product of so much hard work by so many people:

Curtis Harrington’s diligence in finding the original elements in the first place … Mr. Cohen’s recognition in the value of the title and interest in restoring the film … Universal’s willingness to work something out with us … the fine folks at the Library of Congress who have been storing and preserving the material for all these years … the expertise of the people at the lab who know what a film from 1932 should look like … the festivals and venues who are excited to screen it … and, of course, the fans of classic cinema who have been waiting for this title to be available in the quality presentation that it deserves.