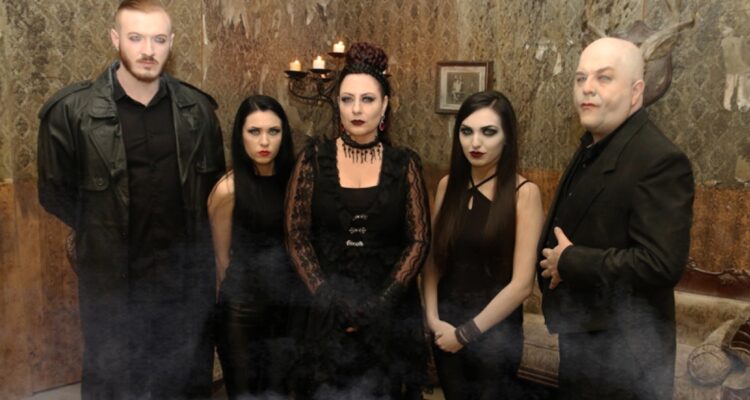 A few of the vampires, or "blutsaugers" from indie film "HorrorWelt." / Photo courtesy of Bone Yard Effects

A group of indie filmmakers are in the final days of a crowdfunding drive to bring a new kind of vampire to the world. Or, actually, a very old kind. You can help resurrect them.

The film is called HorrorWelt. The vampires are German. The time is nigh.

The makers of HorrorWelt might be familiar to some Southern California Halloween goers. Bone Yard Effects, begun in 1995, is a regular presence at local conventions and has put on some great haunt attractions over the years. The company founder Larry Bones, a makeup effects artist, is the film’s writer/director. Wife Cheryl is producing the film.

HorrorWelt follows a group of friends living in a decaying town who enter a new club called HorrorWelt, but end up surrounded by vampires and other gothic patrons.

Bones hopes to introduce a vampire to the screen based on German vampire mythology, known as the Blutsaugers.

The fundraising goal is $135,000 for pre-to-post production. The filmmakers are planning a 16-night shoot in Los Angeles beginning in late February.

Contributions can be made on their INDIEGOGO page. There are also donar packages that include posters, figurines, t-shirts, and signed merchandise. An eight-minute trailer is also available to view.

For more information, go to HorrorWelt.com