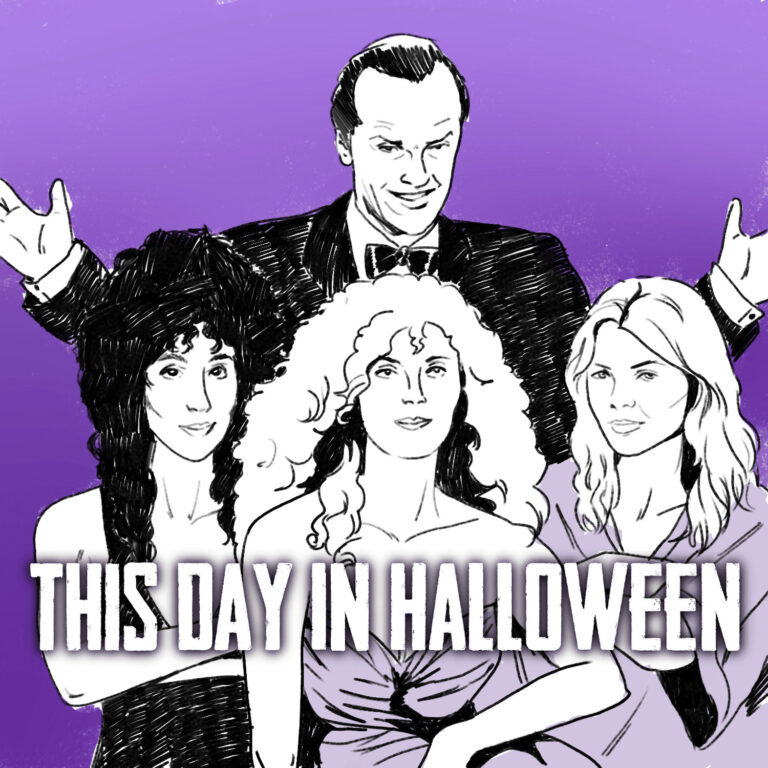 This Day in Halloween: The Witches of Eastwick opens across the U.S. in 1987. / Illustration by Annika Krein

The Witches of Eastwick opens across the U.S. in 1987. George Miller’s dark comedy based on John Updike’s novel features a cast of Cher, Susan Sarandon, Michelle Pfeiffer and Jack Nicholson as the devil. The film is a critical and box office hit and wins BAFTA, Saturn, and LA and New York film critics’ awards.