Fangoria Goes For The Throat, Goes Back To Print 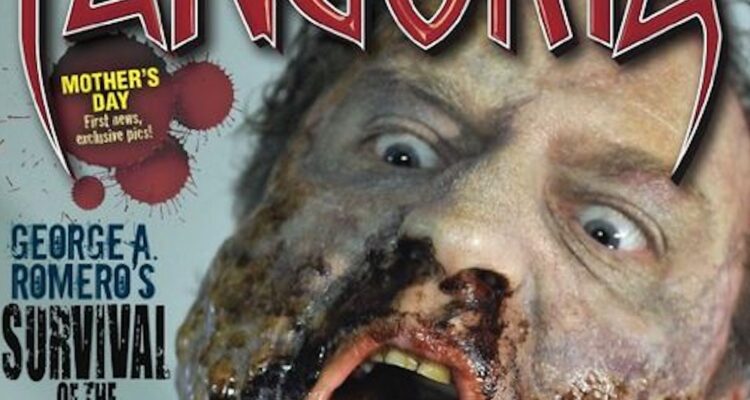 Long-running horror magazine Fangoria is daring to go back to print amid a digital age.

Revealing the world of horror movies since 1979, the magazine, like many others, had become an increasingly online product in the last decade, switching entirely to the web in 2015. Dallas-based entertainment company Cinestate bought the magazine in February, determined to buck the trend. This month, the mag becomes a quarterly print publication.

“Right now, horror’s online presence is really geared towards the news cycle—what’s happening now, what’s happening next?,”  Safavimehr says. “Websites like Dread Central and Bloody Disgusting are already doing a good job at that, and we have no desire to compete with that. We want to give readers a totally analogue experience—for them to log off, put down their phones, and hold a magazine in their hands.”

Phil Nobile Jr. Editor-in-Chief agrees their goal is to create an analogue experience for the readers, “When I read Fangoria as a kid, it was a special ritual,” he says.

“I had to save up for it, and then I had to find it. And bringing it home ten times a year became a kind of sacrament, poring over every photograph on every page, reading that whole thing front to back, then doing it again,” Nobile says. “We want to restore that analog thrill to readers. We want to duplicate the excitement that I remember bubbling up around a new issue of Fango, put that excitement in an envelope and mail it to our subscribers. Fangoria is not something that competes with online blogs. Fangoria is not an algorithm. Fangoria is something you hold in your hands, something you spend a bit of time with in the real world. That’s what it was for decades, and that’s what we’re going to make it again.”

Safavimer says that for the time being, the online portion of Fangoria will be de-emphasized but, the use of social media will still serve an important role for Fangoria’s readers. “As of now, we have no plans to have any sort of online presence other than through our social media, which is focused on bringing our followers updates on the magazine, our books, and our films. We’re also using social media to bring our followers retrospectives using trailers and materials from the Fangoria vault.”

Once Fangoria returns to print, readers should expect a one-hundred page perfectly bound collectible. “We want everyone who picks up an issue of Fangoria to feel like they’re reading it under the covers as a kid again and gain a new appreciation for the genre at the same time,” says Safavimehr.