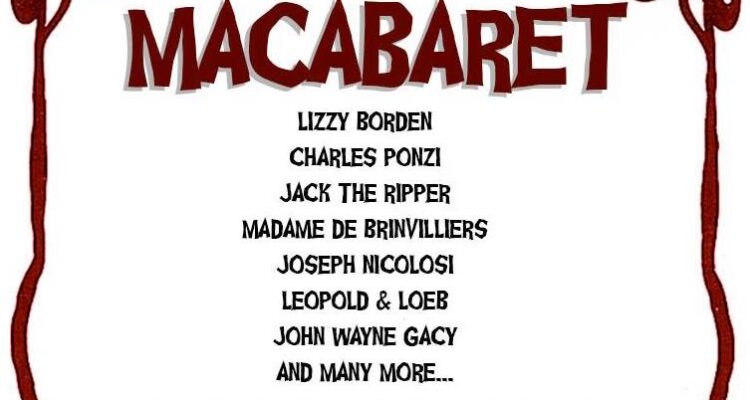 A Variety of Hellish Delights with Leland Frankel’s ‘Macabaret’

Some of our readers may remember when we interviewed the writer for a little two-part, horror-comedy play called Bloody Awful. Well rest easy, for that writer, Leland Frankel, is not yet done. He has returned with yet another grim and grisly performance, this time as both writer and director. It is a ghastly variety show, put on by the blackest souls of hell, each performing their own skit in mediums varying from song, to dance, to puppet show. It is a cabaret of the macabre, accurately titled Macabaret.

We had the chance to talk to Frankel about his upcoming show.

Halloween Every Night: Where did the idea for a “Hell’s Worst Variety Show” come from?

Leland Frankel: Last year I created an immersive theater piece called Bardcore at OBERON in Harvard Square, and was really struck by the possibilities of collaborative pop art – that is, utilizing multiple artists to create a single piece based off of a shared popular culture sensibility. For Bardcore, our basis was Shakespeare; for Macabaret, it was Milton and Hieronymus Bosch and “The Devil Went Down To Georgia,” among countless other visions of hell. I wanted to harness all of that in a way that would allow my friends, who are such talented performers, to shape their own individual pieces. And so it became a cabaret, rooted in the idea that every act was a different famous evil person.

HEN: Does the show lean more toward comedy, or horror, or does it balance both?

LF: Macabaret definitely leans more towards comedy, much of which is derived from the inherent grotesqueness of the premise and the different acts. When you have John Wayne Gacy doing a clown routine where he eats human flesh, or Lizzy Borden singing “My Heart Belongs To Daddy,” there is an inescapable horror underlying all of the laughs. Because you think “Wow, yeah, these people existed and they did these disturbing, unforgivable things.” We can laugh at it now, but we shiver too.

HEN: How would you say this show compares to Bloody Awful?

LF: Even though Macabaret is a series of smaller performances in a row, it is in many ways more cohesive than Bloody Awful. It was conceived as a single piece, with all of these vignettes contributing towards a unified thematic statement. The fact that I am directing the show too, and not just the writer, also sets it apart and further supports this unity. I think about it like this: If Bloody Awful was a traditional night out at the theater, Macabaret is a drinks-in-hand, laughing-and-shouting party with your friends.

HEN: Will the show be interactive theater, or more self-contained?

LF: I am co-producing Macabaret under the banner of my new theater company, Shinbone, and one of our big focuses is breaking down the fourth wall in creative ways. So while audience members may not be walking around the space, they are going to be asked to get involved in several very intimate, very personal ways with what is going on on-stage.

HEN: If you had to put a message to this show, what would it be?

LF: Macabaret is centered around a single, simple principle: “We are all bad people.” It’s about confronting audience members with their own misdeeds and making them re-think their opinions of themselves. I think human beings find comfort in stories of monsters like the ones our performers will portray because it allows us to feel morally superior. And so in Macabaret, we’re trying to tell you: “Yes, you are better than Jack the Ripper. But don’t get smug, because that doesn’t make you a saint.” But we’re doing that in a very fun way, with puppetry and burlesque and drag and live music and just, overall, having a great time.

Macabaret plays Oct. 20 and 27 at The Three Clubs in Hollywood. Doors open at 9:30 p.m. Tickets are available here. 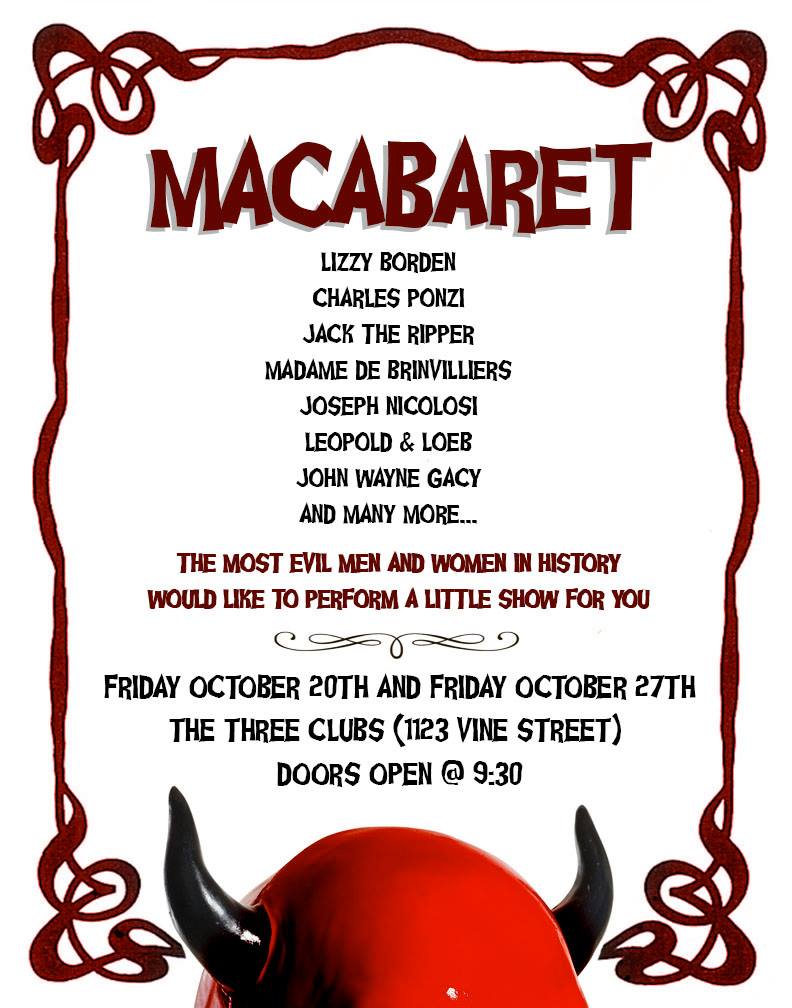