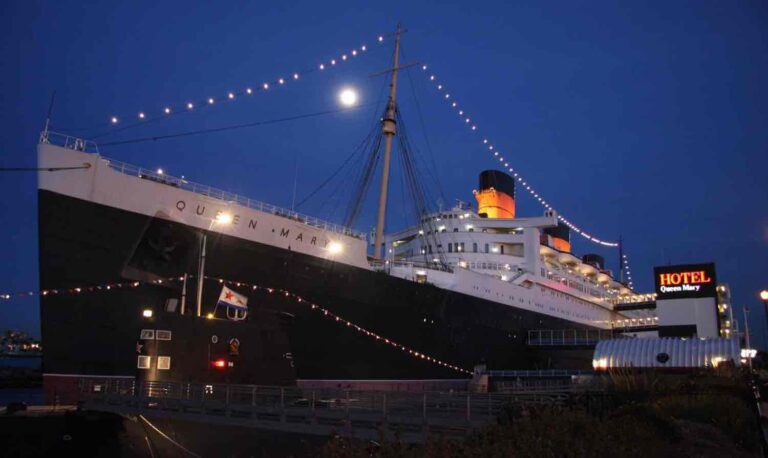 The historic Queen Mary will become the subject of a new horror trilogy. And now, the trilogy has its star.

Alice Eve, best known for her role in Star Trek Into Darkness, has signed to star and Dracula Untold director Gary Shore will begin production soon on the first of the films. The ship has a long-running reputation for being haunted and was named one of Time Magazine’s Most Haunted Places in the World in 2008. The haunted history will serve as the source for the films.

The ship has been permanently moored in Long Beach since 1967 as a hotel and is currently open for guests to experience their “Glory Days” historical tour or the “Haunted Encounters” paranormal tour. The ship’s haunted history allegedly began when it was still an active passenger liner, with some stories dating back before World War II.

Shows such as Ghost Adventures on the Travel Channel have featured these stories from past guests. These experiences include people whispering, temperature changes, screaming and knocking.

Other hauntings have been reported from maids complaining about faucets being turned on in empty rooms and newly-made beds being messed with. The ship is also known for its legendary spirits and locations that employees have complained about and avoid.

The screenplay, written by Stephen Oliver, Tom Vaughan, and Gary Shore will share some of the tales surrounding the Queen Mary’s legend. The film will be produced by Imagination Design Works, White Horse Pictures (Woman in Black, Let Me In), RocketScience (Resistance), and NewScope. The release date has not yet been announced.