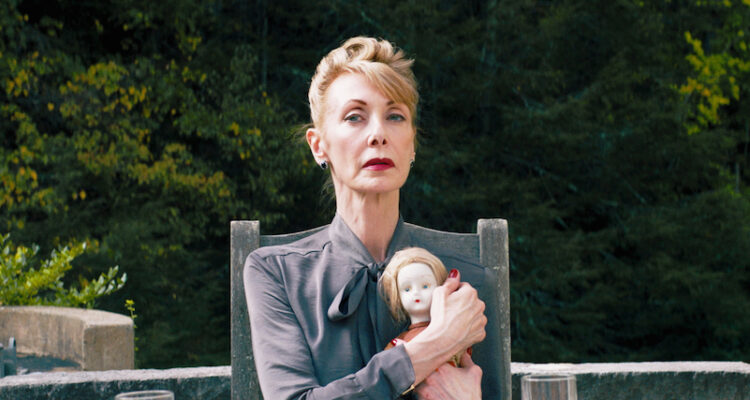 Actress Julia Campanelli, who portrays Gloria Haloran in the new remake of "Dementia 13," defines it as a "richer and fuller" retelling.

The horror remake is always a daunting task and Francis Ford Coppola’s Dementia 13 was considered a bit controversial in the 1960s, mostly for its violence and gore.

But a new remake of the film for a new audience is out now on VOD and Digital HD. Actress Julia Campanelli, who plays Gloria Haloran, told HalloweenEveryNight.com that even under the “spectre” of the original, director Richard Lemay has made a “fuller and richer” horror movie.

In the film, a family with a lot of secrets convenes at a house where an unknown killer and possible ghost will make the reunion anything but pleasant.

“I think our version is still a horror film but it leans more toward a thriller,” Campanelli says. “There’s the con-artist and the dolls and the ghost. There’s been a lot that’s been expanded on.”

The film was shot almost entirely at an estate in Connecticut and Campanelli says it had a lasting effect on cast and crew as well as the final product.

“We got to bond and become great friends over a month – we did become a family,” she says. “But we did feel isolated. We didn’t have anyone but each other. I think it was great that we found that location.

The mood Lemay created on set transferred to the screen, she believes.

“The castle itself is a character in the film. It’s an evil entity,” Campanelli says. “You feel the weight of its presence and feel that sense of isolation.”

At the same time, Lemay also gave the veteran actress as well as the other members of the cast the leeway to infuse their character with her own touches.

“He was very generous in his direction and allowed me to explore, to try this or say that. It brought the best performance out of everybody in the limited time we had.”

It was part of the lower pressure of working in an indie environment.

“You do have more freedom for an actor,” Campanelli says. “I think it’s the culture of the set. Whatever culture the director creates for you, you feel safe to explore. Fortunately for us, he made it easy.”

Dementia 13 is available now on VOD and Digital HD.