“Zombie” at 40: Still A Fun Italian Vacation From Good Taste 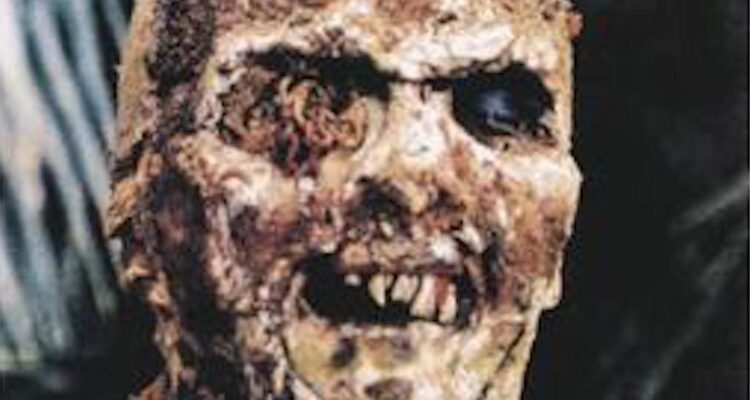 July is the 40th anniversary of the cult Italian gore-fest "Zombie."

An abandoned boat that belongs to a scientist is found with a zombie off the New York City coast. That’s where the bloody, over-the-top fun of Zombie — which turns 40 this week — begins.

The scientist’s daughter travels to a Caribbean island cursed by voodoo that’s turning its residents into flesh-eating zombies. Mayhem ensues. The 1980 film is directed by Lucio Fulci, known as “The Godfather of Gore,” who also directed The New York Ripper, Don’t Torture a Duckling, and the Gates of Hell trilogy.

The film was released in Italy as Zombi 2, intended as an Italian sequel to 1978’s Dawn of the Dead. The studio wanted to capitalize on the success of George A. Romero’s classic and retitled it Zombi 2 without Fulci’s permission. The film’s actual title, simply Zombie, was kept for the American release.

Here’s a few other facts to chew on while viewing:

A clip of the zombie vs. shark scene