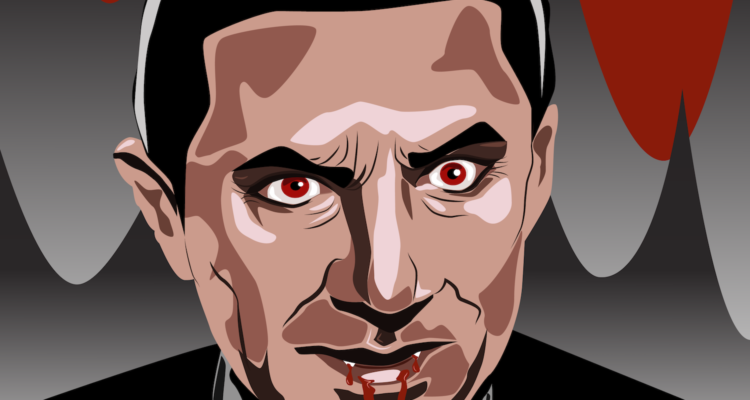 World Dracula Day 2020: How will you spend it? / Illustration by Jessica Beringer

Dracula remains with us, no matter how many times we’ve killed him.

He has lived — and consequently died — in Bram Stoker’s original 1897 novel, and in every stage, film and TV version since then. But we can’t get him out of our system.

The Whitby Dracula Society 1897 created World Dracula Day on May 26, 2014, the anniversary of the novel’s publication. As it gains in popularity each year, fans of the character and the book are welcome to celebrate it however they like. New school, old school, reading, watching, partying, whatever gets the blood pumping.

Current events certainly dictate a distinct plan, but Halloween Every Night is here to get you started with 10 quotes from the venerable story, no matter who’s telling it.

“Listen to them, the children of the night. What music they make!” ― Dracula, Bram Stoker’s original novel (1897)

“There are darknesses in life and there are lights, and you are one of the lights, the light of all lights.”
― Dracula, Bram Stoker’s original novel (1897)

“I want you to believe…to believe in things that you cannot.”
― Dracula, Bram Stoker’s original novel (1897)

“No man knows till he has suffered from the night how sweet and dear to his heart and eye the morning can be.”
― Jonathan Harker, Bram Stoker’s original novel (1897)

“Do you believe in destiny? That even the powers of time can be altered for a single purpose? That the luckiest man who walks on this earth is the one who finds… true love?”
— Dracula, Bram Stoker’s Dracula (1992)

“It only remains for me now to await the daylight hours when, with God’s help, I will forever end this man’s reign of terror.”
— Jonathan Harker, Hammer’s The Horror of Dracula (1958)

“For one who has not lived even a single lifetime, you’re a wise man, Van Helsing.”
— Dracula, Universal’s Dracula (1931)