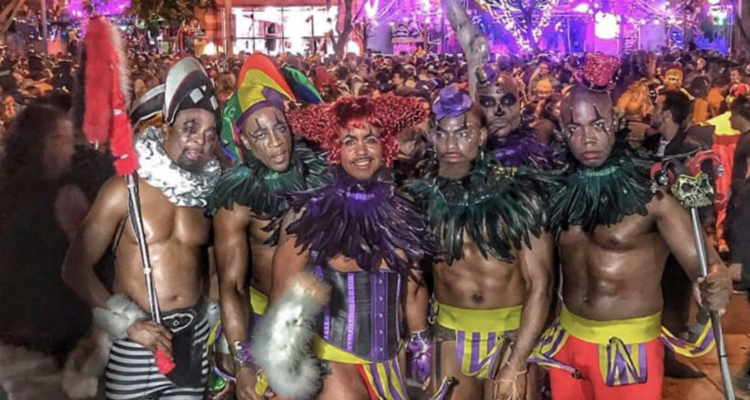 Thousands gathered in their gruesome attire along Santa Monica Blvd. for West Hollywood’s 32nd annual Halloween parade Oct. 31. Pennywise happily walked along with the Big Bad Wolf. The iconic and obscure. The political, humorous and risqué walked together too.

Considered the largest Halloween-themed street party in the United States, the line of revelers — some traveling from around the world to join in — stretched more than one mile from La Cienaga Blvd. to North Doheny Drive along Santa Monica Blvd. Once they reached the end of the walk, DJ’s and live music kept the after parties going along the strip.

The first West Hollywood Halloween Carnival took place on Halloween night, 1987. The event was popular in its early years but ballooned in attendance the Halloween of 2001 with 350,000 people reported to be present. In recent years the attendance has been reported to be up to half a million. Though West Hollywood has a large gay population that has long participated in the carnival, the event typically draws a wide variety of people.

Surprisingly, such a large event has never been a crime problem said a local West Hollywood police officer.

Religious extremists also took the carnival as an opportunity to protest, but “As long as they are peaceful, that’s fine,” the officer said.

Participants — in costume or out — seemed unfazed and simply came to enjoy their Halloween night.