Standing in a room full of my friends – or were they? – it dawned on me that we all looked insane.

If I had been a fly on the wall looking down, I would say we looked straight out of a scene from One Flew Over the Cuckoo’s Nest.

We meandered throughout the strange room looking up at screens, repeatedly pushing buttons and occasionally looking suspiciously at one another. And then there was the screaming in the padded room. 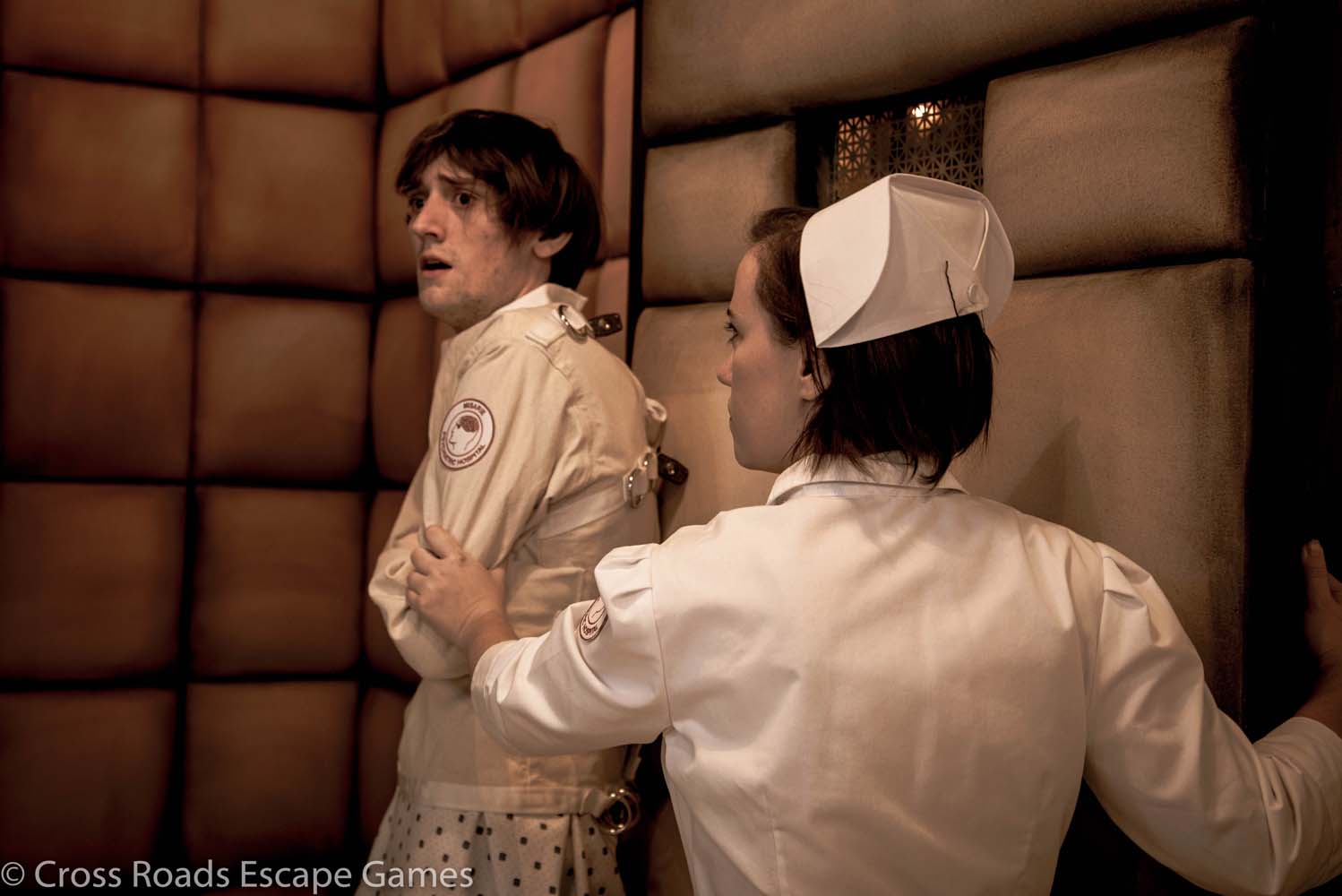 But this wasn’t the place where Nurse Ratched ruled supreme. It was in fact Anaheim’s Cross Roads Escape Games‘ newest addition: The Psych Ward. The game differs from its other offerings – and from most other escape rooms in general – in ways that make it something of a hybrid experience. It is part board game (think The Resistance), part escape room and part social experiment.

The goal of the game is still to escape – if you are sane, that is – but you are also alerted to the fact that some in your group are insane and will be working against you. Only you don’t know who they are … but they know. 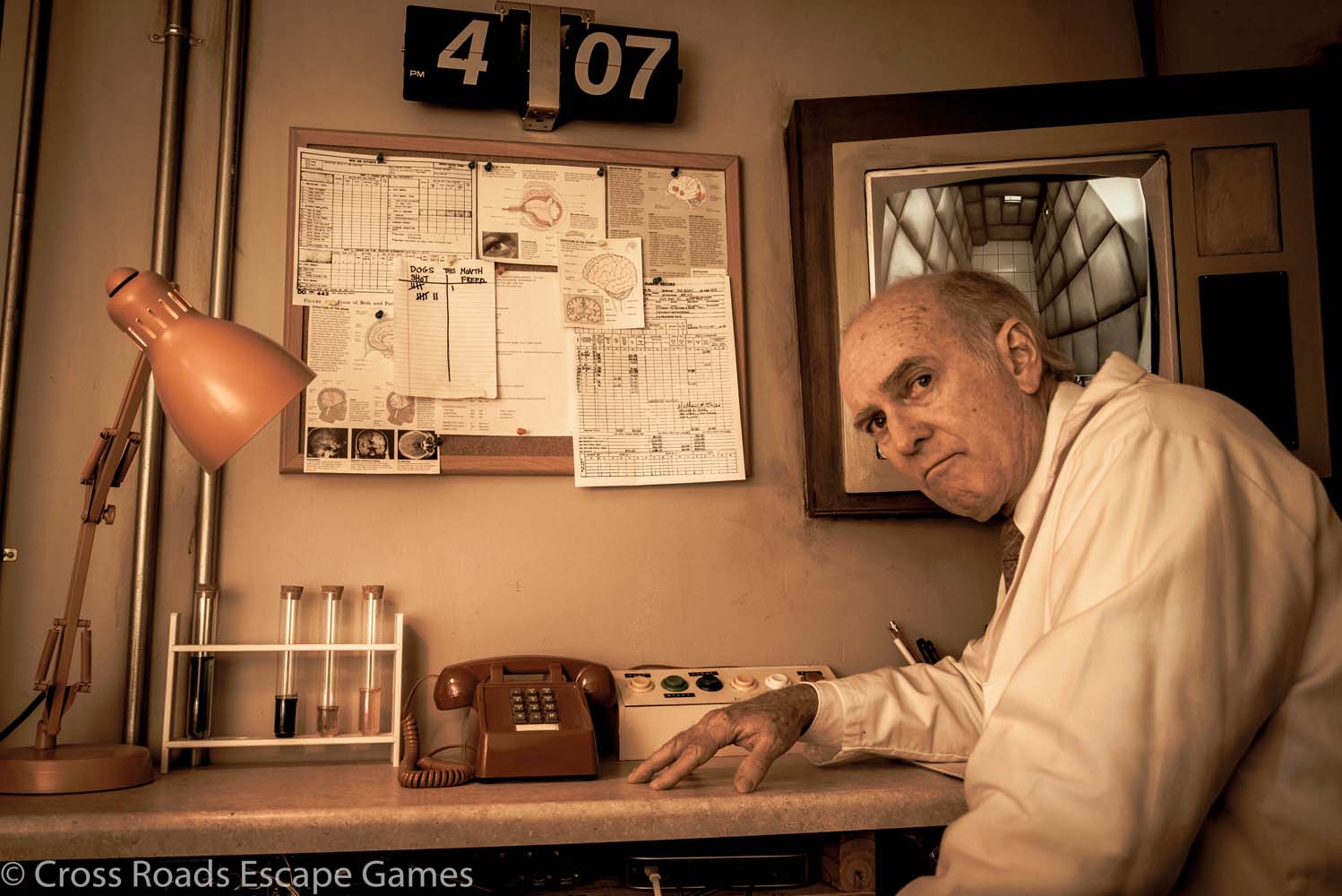 At one point I found myself in a padded room with a friend I’ve known for nearly 20 years asking him if he was insane. At another point, I pointed to my longtime boyfriend, calling him out as insane and sending him to the padded room (I was right by the way).

I have to say this was one of my favorite escape room experiences because it was so different. I tend to be an observer of human nature and I enjoyed the process of deducing who, in fact, were the traitors among us. 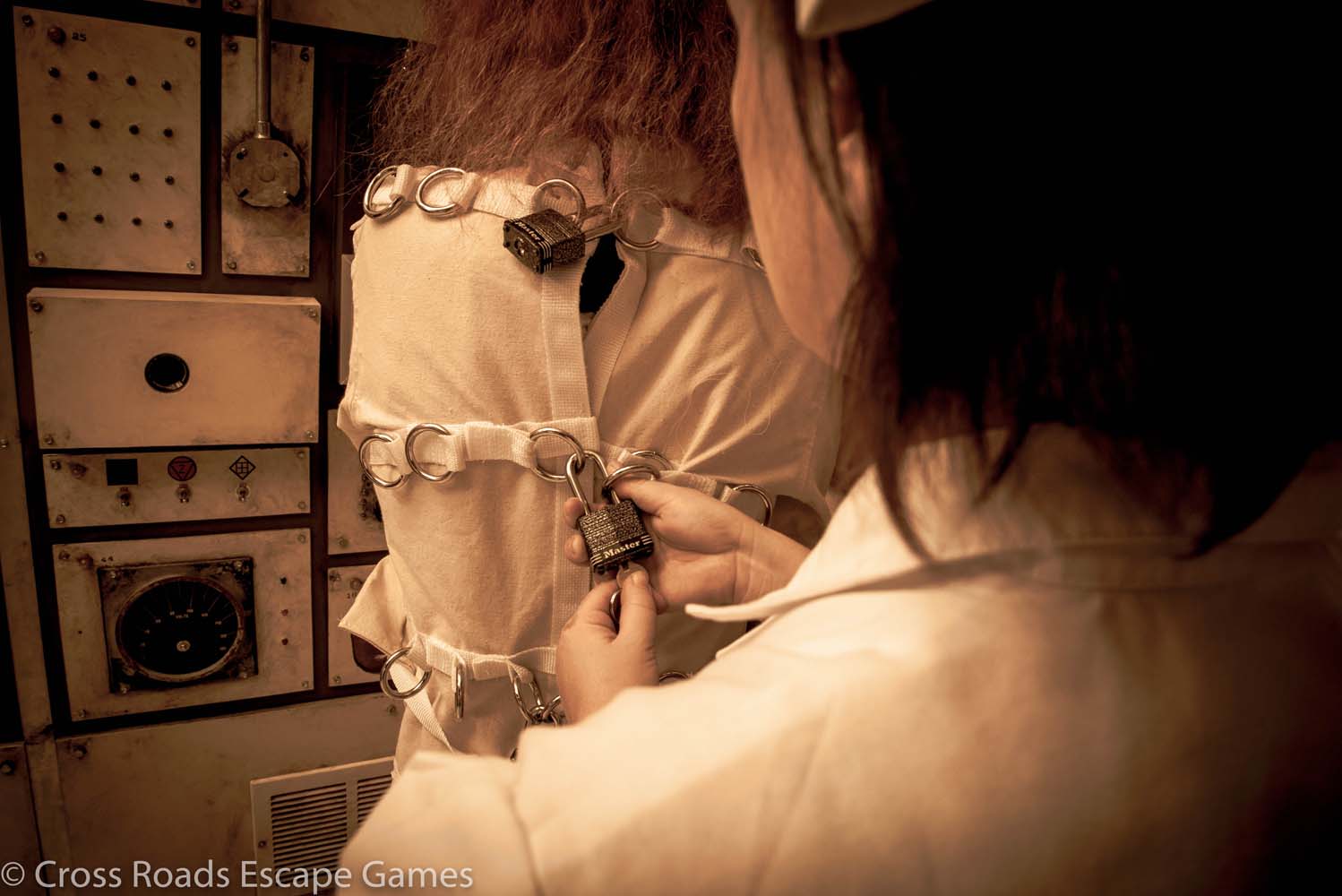 There are also a couple of extra layers of tension because not only are you working puzzles, but you are working against the clock and each other. The beauty of the game is that you can come back and have a different experience, because you can actually escape without doing every single puzzle.

The detail that owners Madison and Luke Rhoades put into designing the interior of the room is no less impressive than their other experiences have been. It looks like a mad scientist’s special project for the insane. And if you spend enough time in there walking in circles and listening to repetitive statements on the televisions, you’ll start to feel a little mad. Because after all, we all do go a little mad sometimes. 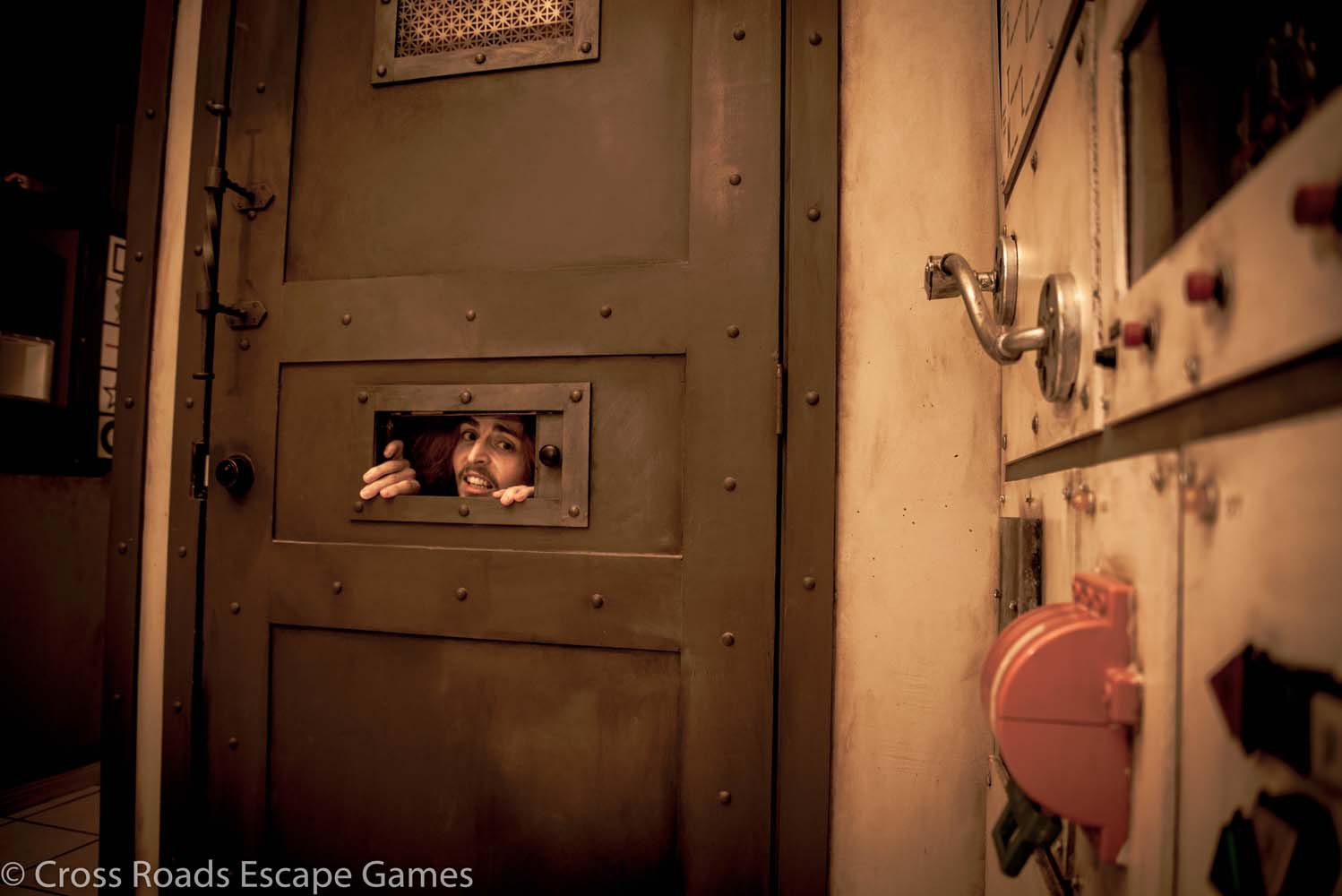 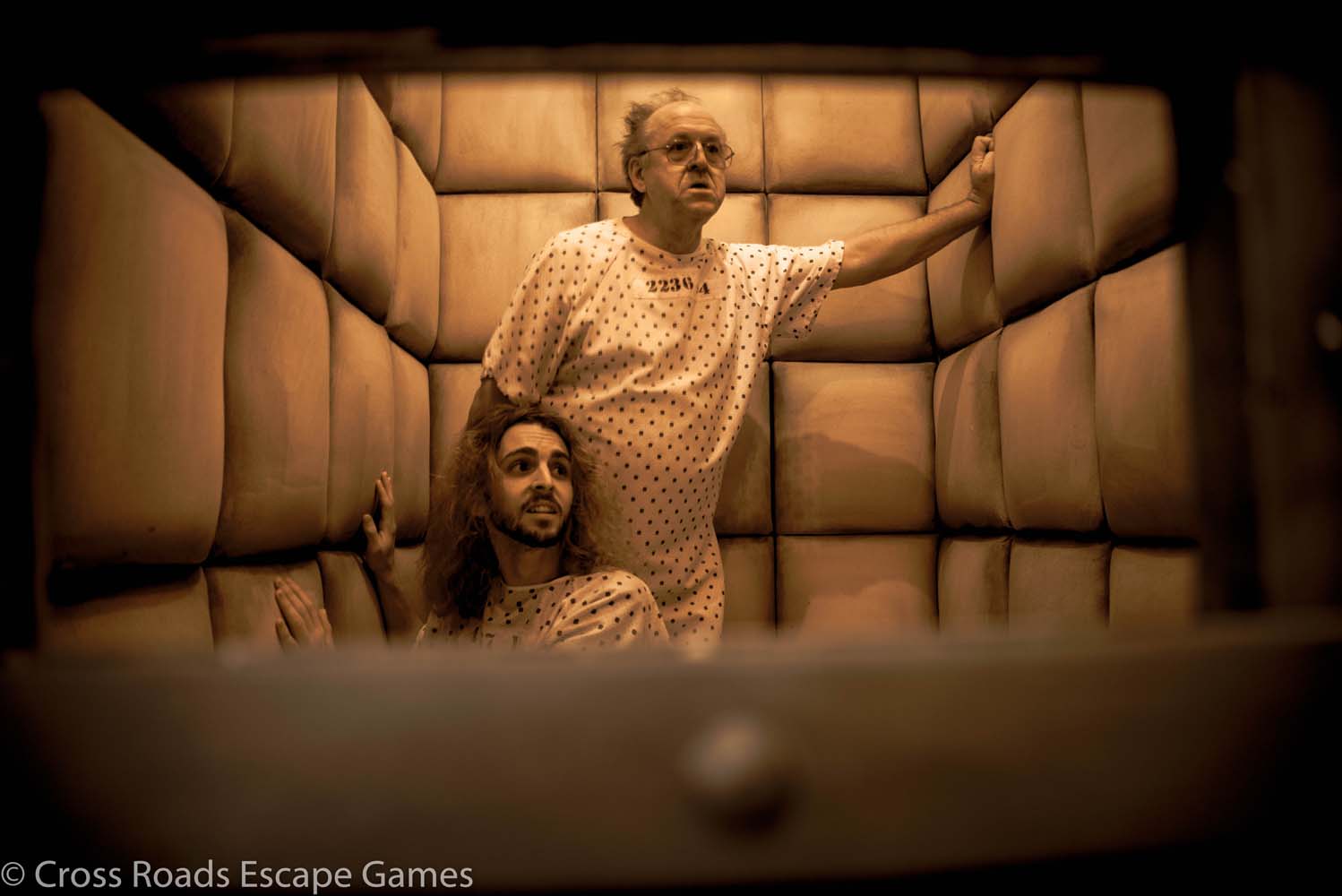 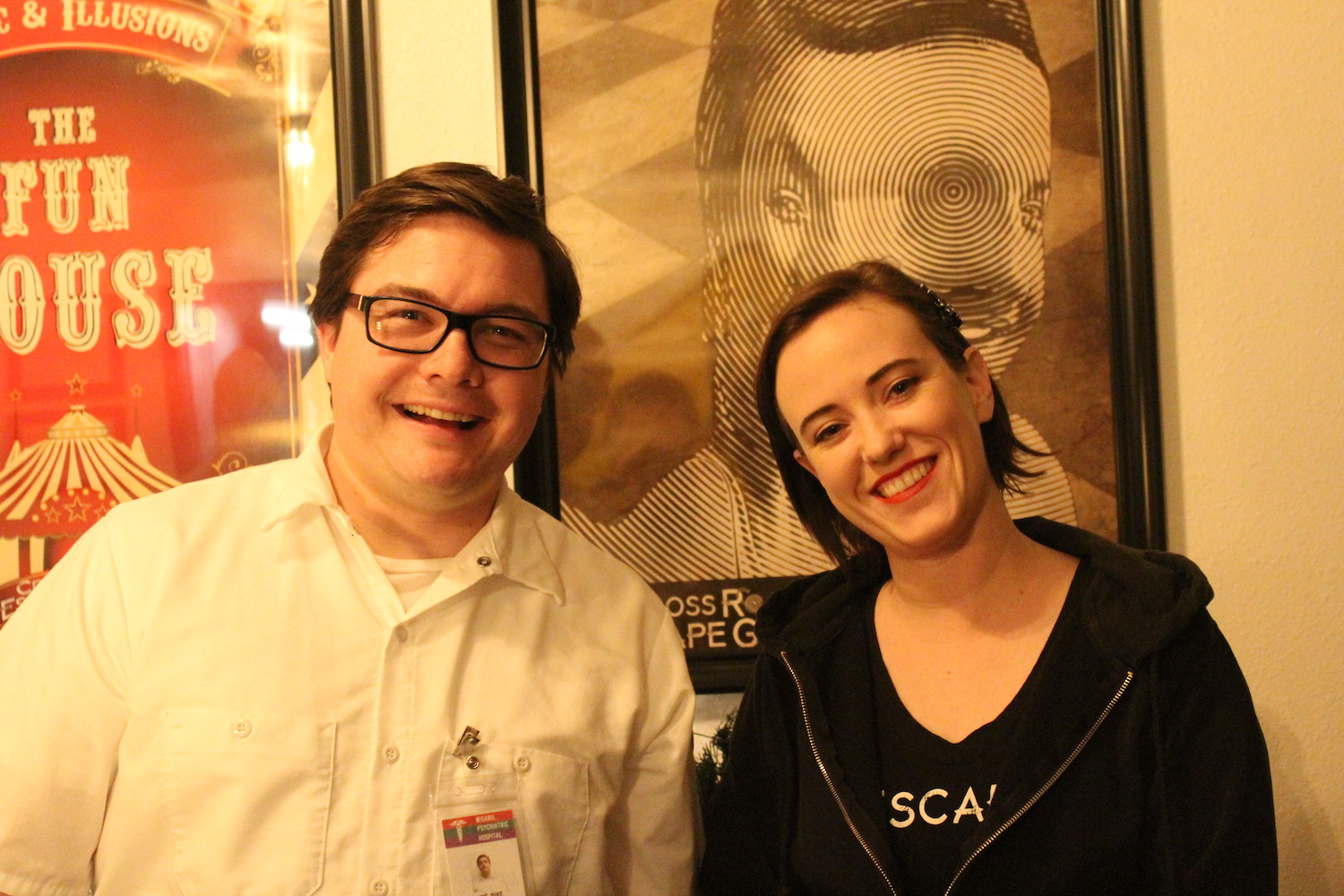