Remembering Vincent Price: A Conversation With His Daughter Victoria Price 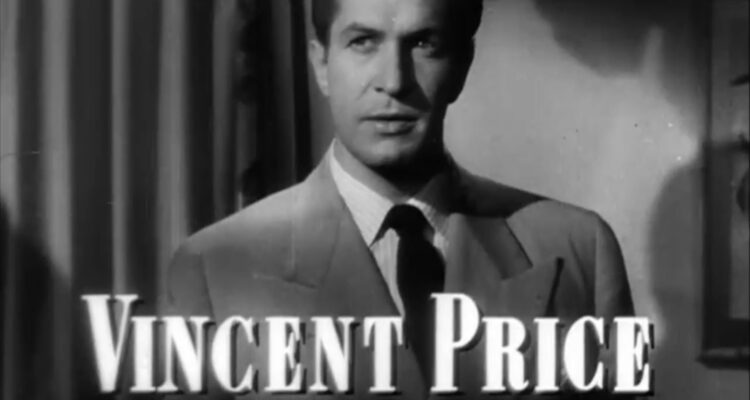 Vincent Price's daughter Victoria talks with HEN about a few of her dad's films, how he felt about Castle, Corman, horror films and about her own relationship with an icon who was just her dad.

The voice. The look. The sense of fun.

The unique skill and presence Vincent Price brought to all of his film, stage, TV and radio roles kept him working as an actor for nearly 60 years. As an icon of horror, he seemed to elevate any film he was in.

Several of those films are having big anniversaries in 2019.

The first is The Mad Magician, a film that followed House of Wax during 3D’s Golden Era 65 years ago. Also, a pair of Price’s films with William Castle, House on Haunted Hill and The Tingler, turn 60 this year. As well as The Bat. Then The Last Man on Earth and Roger Corman’s Poe adaptation Masque of the Red Death celebrate their 55th anniversary.

On what would be Vincent’s 108th birthday, Halloween Every Night talks with author and inspirational speaker, Victoria Price. The actor’s only daughter tells us what her dad thought about working with Castle, Corman and embracing horror, as well as being a gourmet cook and author.

Halloween Every Night: It’s the anniversary of several of your dad’s movies. The House on Haunted Hill and The Tingler are a couple of the movies he made with William Castle.  The better films Castle made had your dad in them. What was their relationship like?

Victoria Price: I think my dad always appreciated someone who approached life with gusto. Castle had a sense of bravado and fun. He was catering to a lot of teenagers and my dad had a child-like joy in life, but at the end of the day, he loved that William Castle was someone who was creating this whole new experience and that he was a showman. How cool was that?

HEN: Haunted Hill is a classic haunted house movie and still holds up well. Your dad plays a very gray character. Very complicated for 1950s horror. Did that make the role a bit more fun?

Victoria: It does. I was watching it the other day and noticed, he said none of these people knew each other, so how then did the wife and her lover set this up? Does this make any sense? I’d seen it so many times, but it’s such a fun film, you go on this ride. He takes you on this journey and he’s scary and appealing. You decide at some point, I’m totally rooting for him and not the idiot wife.

HEN: The Tingler is certainly gimmicky, but still fun to watch.

Victoria: It’s so much fun to watch. I’ve watched with big groups and they really get into it. My father’s much less subtle in it than in [HOHH]. One of the fun parts for me is how William Castle picked up on the rise of LSD in the 1950s and made it part of the plot line as well as the fear people felt about nuclear war.

HEN: The Bat isn’t a great movie, but it’s a fun little whodunit. Again a sort of gray character for your dad. At that point he was already becoming quite good at projecting a certain kind of ambiguity in these roles that had to walk a fine line, where people could or would project what they wanted on his characters, whether they thought he as a good guy or bad guy. It’s an interesting balance of menace and sympathy. How hard did he work for those kinds of moments in his films?

Victoria: This started for him in Angel Street on Broadway in 1942. He wanted to do more character roles and had leading man looks. It happens now where somebody casts a lifelong bad guy and you’re waiting for them to turn bad. He always wanted that ambiguity and to keep them guessing.

HEN: Though he continued to work in various genres in the late 1950s, he was already becoming known for horror and thrillers, at what point did he sort of embrace horror?

Victoria: He loved playing a villain. In the 50s, the kinds of actors who were getting work were James Dean and Marlon Brando and Paul Newman, all trained in a new style. My father was classically trained. He was somebody who absolutely adored being an actor and giving his public pleasure. He had to find his own way into being a character actor and it was fantastic. He was very grateful for it. He got to do many other things. He got to do classic roles on stage. This is someone who during the 60s became as well known for art as acting. so that always balanced out things. He loved that kids knew him but, that he could also do this other thing.

HEN: Last Man on Earth is an under-appreciated film and had a troubled production. I think it’s a really different character for him to play.  Very sympathetic and understated. He does something better than Charlton Heston or Will Smith do in their turns. He projects a sense of loneliness that really shapes the movie. What did he think of Richard Matheson’s story and was that when he fell in love with Italy?

Victoria: He’d fallen in love a while ago, but any chance he got to go to Italy, he took. He carries the whole film. What actor isn’t going to think that’s amazing.  There were multiple rewrites of the script but he and Richard Matheson were great friends and really respected one another.  My father took it all really seriously. He didn’t have a 60-year career without showing up and doing his job.

HEN: Masque of Red Death was, I think his fifth role in a Roger Corman film, during Corman’s series of Edgar Allan Poe movies. It’s really well written and I think the most interesting performance by your dad in the Corman films. Was he really enjoying all the Poe work with Corman at that point? And what did he like best about that movie, was there anything that stands out?

Victoria: You have to remember he’s getting to work with his dearest friends and that was a gift for them all. He greatly respected Roger and thought he was a man showing up to the task and really doing good work. And he really saw all of this — going on 60 – as good work to be done.

I think each of the films, whether it was because of the co-stars or the characters, even the comedies were fun for him. I think it was a complex role and the more you work with somebody, the more you can develop more complexity and depth in the roles.

HEN: You wrote the preface for the 50th anniversary edition of A Treasury of Great Recipes and your dad’s love letter to his dog, The Book of Joe. What was that like for you after writing the biography of him?

Victoria: I think the thing that happened for me is I’ve reconnected with his essence and how he walked through the world. When I wrote the book 20 years ago now, I really wanted to be faithful to the bigger moments in his life. I was trying to get my dad back. I’ve gotten to remember the essence of my dad and that has been the greatest gift. What matters is what we love about somebody and what we remember. I relish all the time spent talking to his fans.     How he became a father figure for people who had horrendous childhoods. You realize the effect he had on so many people when he’s been dead for 25 years and he has close to 250,000 fans on Facebook. He’s never be able to give them a hug, but the effect he had on their souls, he is still having. I’ve been able to see that and been able to reassess. We’re not here to be God’s gift to anything, the only legacy that makes any difference is the legacy of love. What comes through to us is this joy and love of life. It comes through in every thing my dad did. And that saved my own life.

Victoria Price is the author of Vincent Price: A Daughter’s Biography and The Way of Being Lost: A Road Trip to My Truest Self.