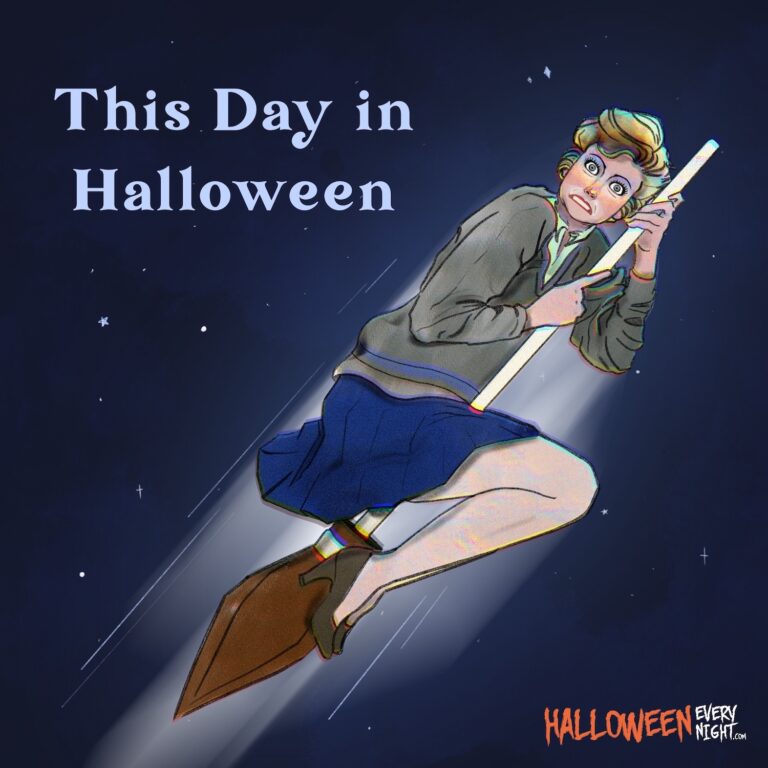 This Day in Halloween: Disney musical fantasy "Bedknobs and Broomsticks" premieres at a charity event in the U.K. in 1971. / Illustration by Allison Jimenez

Bedknobs and Broomsticks premieres at a charity event in the U.K. in 1971. The Disney fantasy musical would open across the U.S. two months later. The film is based on two books by British author Mary Norton and combines animation with live action. The film was released a week before Walt Disney’s surviving brother, Roy Disney, died. The original release was an edited two-hour cut, but was restored to its full 140-minute version in 1996. It won the Oscar for Best Special Visual Effects and a stage musical is expected in 2019.