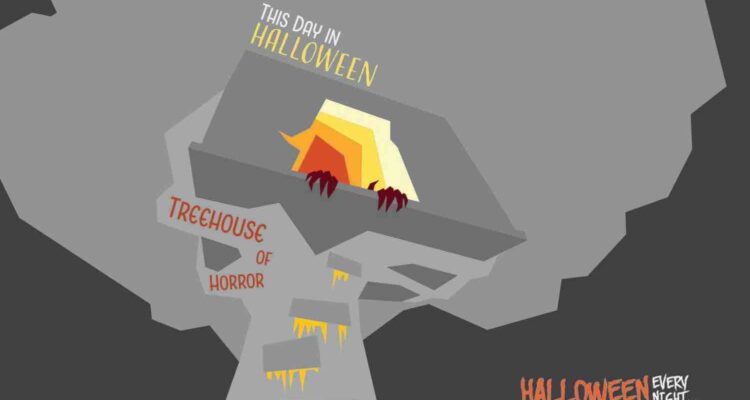 This Day in Halloween: The first "Treehouse of Horror" episode of "The Simpsons" airs in 1990.

The first Treehouse of Horror episode of The Simpsons airs in 1990. Presented as a special episode outside the show’s regular continuity, it features three segments inspired by EC Comics tales. The episode is a major hit with fans and is included every following season near Halloween. Over the years, the episode has featured the show’s characters spoofing The Twilight Zone, The Exorcist, The Amityville Horror, Night of the Living Dead, The Shining, A Nightmare on Elm Street, Paranormal Activity, The Omega Man, Orson Welles’ War of the Worlds radio broadcast, Poe’s “The Raven,” Psycho, and Twilight.