The Other ‘Dracula’ Turned 90 Too 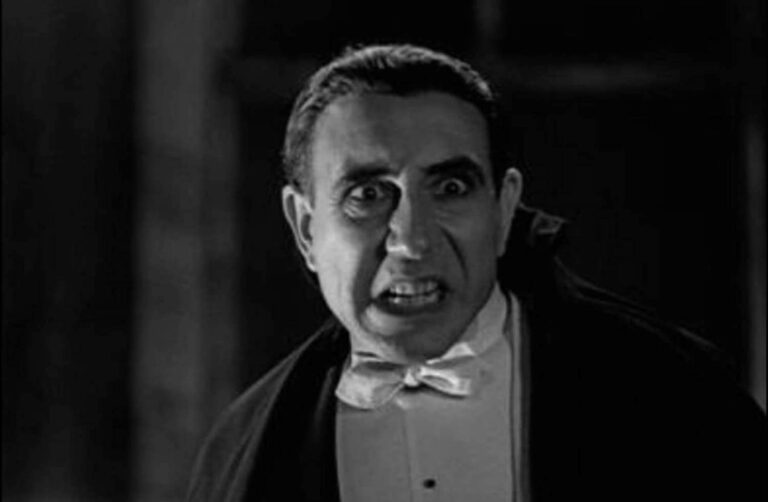 Carlos Villarías as the other Count in Universal's Spanish-language "Dracula." Both the English and Spanish versions turn 90 in February.

You’ve probably heard Bela Lugosi say the iconic line, “I am Dracula,” but Carlos Villarías left a mark too when he said “Soy Drácula.”

Two months after Tod Browning’s 1931 Dracula was released, Drácula, directed by George Melford, dropped for Spanish speaking audiences. As Browning shot the English version during the day, Melford shot the Spanish-language film at night on the same sets with a Spanish-speaking cast and a translated script. Universal Pictures pulled Drácula from public view for decades and when it reemerged on home video, debate quickly grew as to which is the better, scarier, even sexier version.

Universal wanted to reach the eager Latin American market with a secondary productions of their major films, and Drácula was the most legendary of these. It was not until the 1990’s, however, that both English- and Spanish-speaking countries could see each other’s respective films. With this, Drácula’s many peculiarities left critics and audiences analyzing the film and comparing it to their already loved cinematic piece.

“Above all, we wanted our version to be the best, and according to the critics, I think it was,” Lupita Tovar (who plays Eva, Mina’s Mexican counterpart) says in the The Road to Dracula documentary. Browning’s dailies were at their disposal and ignited the Hispanic filmmakers with a competitive nature. To call the Spanish-spoken film an imitation of Browning’s film is to do it a disservice.

In viewing Drácula, Melford’s influence is evident through fluid camera movement, blocking, and practical effects. The Spanish cast infused their characters with big facial expressions, loud laughs and screams, and invigorating chemistry. “We Latins have a different way of expressing ourselves, you know, we’re very emotional, and I think the American people were kind of subdued,” Tovar says. With a fraction of the time and money, they delivered a dynamic film that people defend. Still, many see it as campy and over-the-top.

While the Spanish version excels in its technical ingenuity, the English version is praised for its star actor, Bela Lugosi. He captures, almost hypnotizes people the same way his character does. He plays a creepy, yet regal villain. His sophisticated performance has become iconic. The definitive portrayal of the Count. While Browning’s film may be more toned down, its quiet atmosphere generates a cool, mysterious, and suspenseful experience.

The 1930s and the Great Depression induced fear for English-speaking and Spanish-speaking audiences alike. It was a time of loss and political unrest, and while these films may have aided in escapism, they reveal a lot about the social issues at the time. Dracula represents a conniving foreigner, and both films warn against and threaten sexually free women. Xenophobia was rampant during this time, and women’s sexuality was heavily controlled, and although time has helped, 90 years later, we are still in the same spot. The films carry problematic themes, but they also reflect on humanity’s unfortunate slow progress.

Although the ’30s were desperate times and going to movie theaters was a luxury, both films were box office hits and boosted their casts into stardom. What is also surprising is that while both markets were religious, that did not stop moviegoers. In fact, Drácula faced less censorship. Affectionate and even sensual contact between the actors was accepted, as the numbers imply. Apart from the more seductive acting, the Hispanic actresses also wore more revealing clothing. But there is something to say about Browning’s Dracula leaving things up to the imagination.

So, watch both films and see which one is your bread and blood.