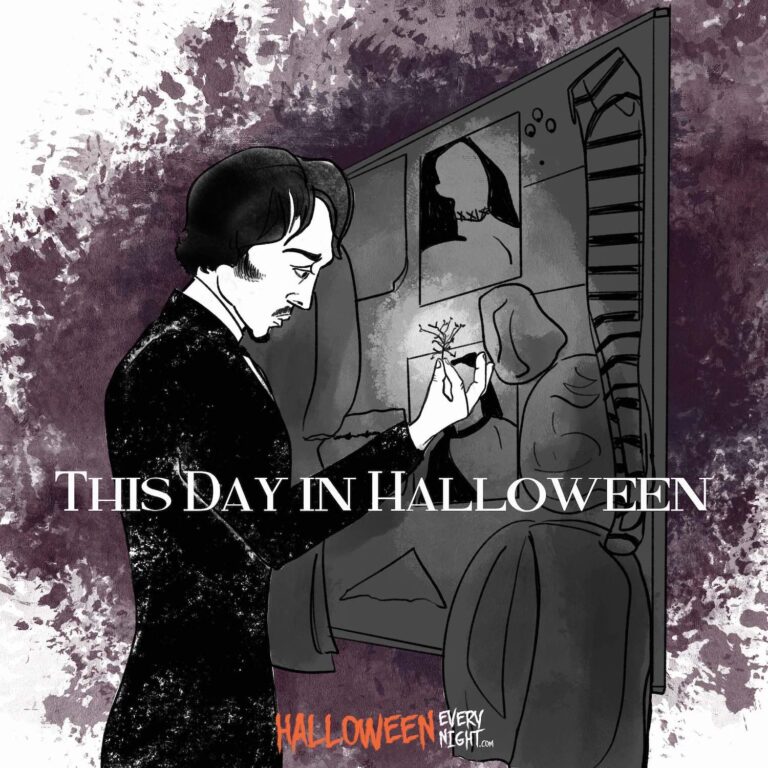 This Day in Halloween: "From Hell" starring Johnny Depp opens across the U.S. in 2001. / Illustration by Allison Jimenez

From Hell opens across the U.S. in 2001. The film version of the Alan Moore/Eddie Campbell graphic novel stars Johnny Depp, Heather Graham and Ian Holm and follows the Jack The Ripper murders. Though the film is a mild hit with the public and critics, Moore criticizes it for portraying his taciturn hero as “an absinthe-swilling dandy.”